Jesse van Ruller - The Complete Solos at the Crow 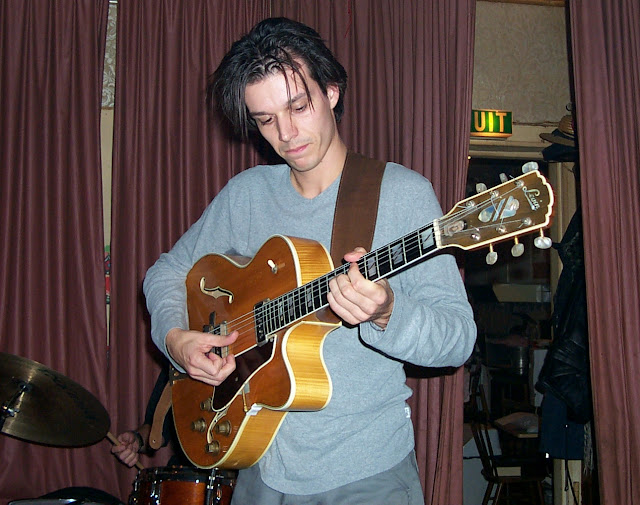 Five years earlier, in 1995, Jesse had graduated from the Hilversum conservatory and he had won the prestigious Thelonious Monk Jazz Guitar Competition, aged 24.

It's been years and years since I have listened to these recordings. But when I did today I realized that they are pretty special. It was still early in Jesse's career when we played with him at the Crow. Sure he was world class already. But his playing was more bop oriented than it is today. And you get to hear him on a set of standards only.

What I did in the vid below is cut away everything except his solos, glue them together and normalize and enhance the sound. The clips sound better than ever. Jesse 's Levin guitar is captured wonderfully. You hear me comping on most of the tracks. On some you will hear Herbie Guldenaar. Yeah, I was still a jazz rookie in those days. 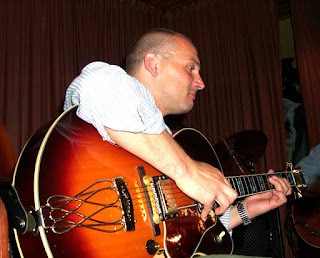 Enjoy. Hope you like this stuff just as much as I do. The vid is almost 30 minutes. It's a gem AFAIAC. Among my favorite Jesse van Ruller ever.
Update august 8 2020. I improved the sound of the original recordings. There is more low end. Jesse's  playing is still phenomenal. Enjoy once again!

Posted by Dutchbopper at 1:27 PM

Email ThisBlogThis!Share to TwitterShare to FacebookShare to Pinterest
Labels: Jesse van Ruller the complete solos at the Crow