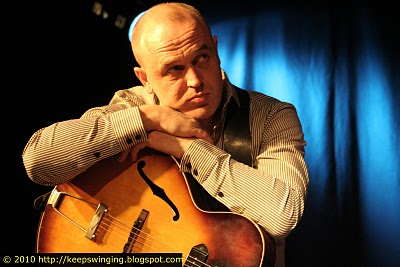 Martijn van Iterson is a great Dutch guitarist. His lines are hip, but firmly rooted in the tradition. He can bop like no other. His time is impeccable and his chops world class. Frankly, I don't think jazz guitar playing gets any better. I have seen him play live often and have recorded him on video several times. He has recorded two fantastic albums as a leader: The Whole Bunch and Street Wise. Both albums show he's a great composer as well. Martijn has recorded and toured as a sideman extensively too. He's a guitarists' guitarist. Essential listening for any guitarist. 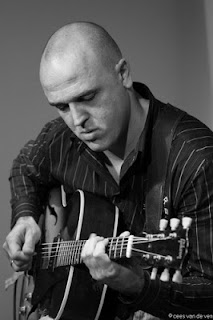 
Here you can see him play his Gibson ES 125 in the Peter Beets trio. The transcription of his solo you will find included here. It was done by Michael Aadal. Thanks Mike! 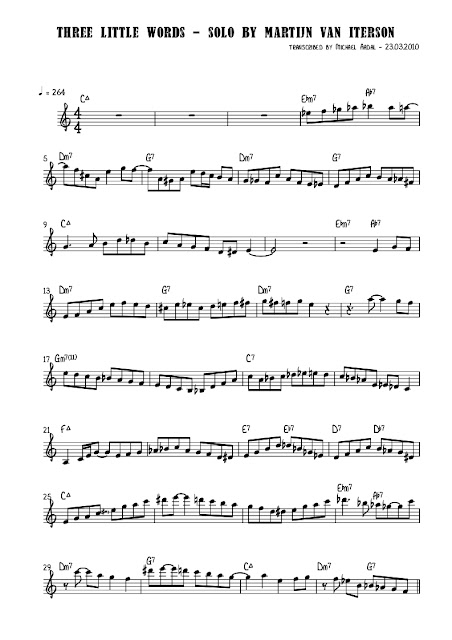 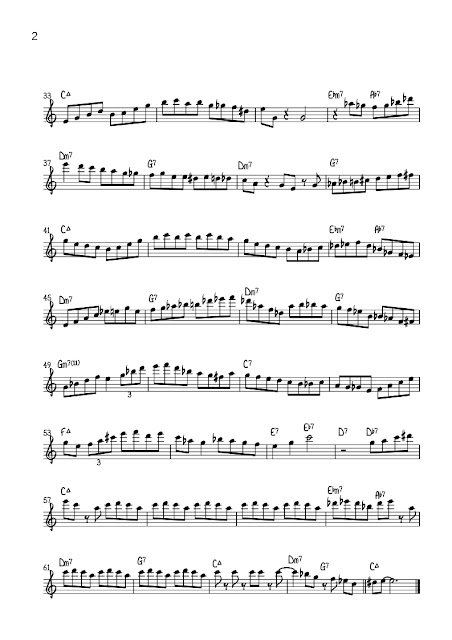