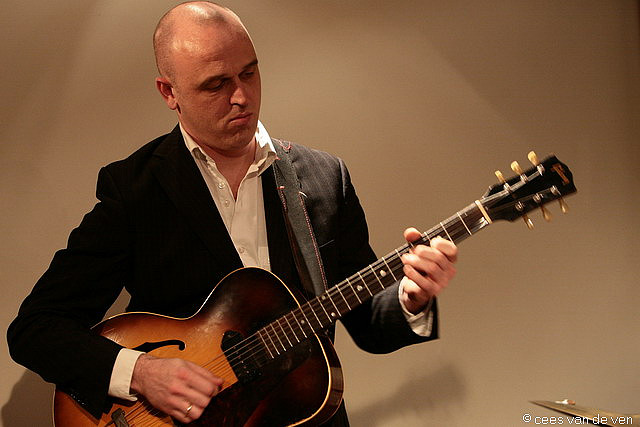 Another post about Dutch jazz guitar great Martijn van Iterson. Yeah, I'm a big fan. Over the years I have captured Martijn van Iterson on video several times. Here's a personal favourite from my video vault. It's a compilation of a number of solos that he played over a set of standards at a gig at the Crow a few years ago. This one is not available on Youtube currently. Martijn is playing a Gibson ES 125. It was given to him by Wim Overgaauw, his teacher at the Hiversum conservatory. His amp is a Fender Hotrod. I was sitting right in front of him so you get a good view of one of the best guitarists on the planet in action.