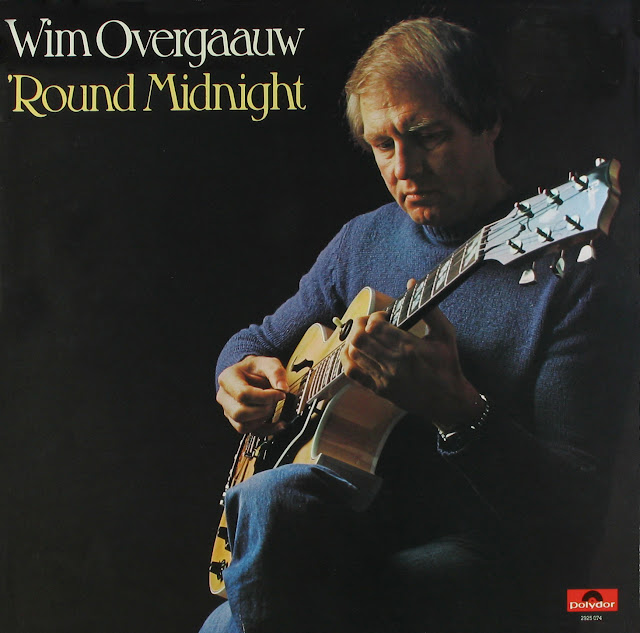 Wim Overgaauw (1929 - 1995) is the most important Dutch jazz guitarist of his generation. He can rightly be called the nestor of Dutch guitar. He started his career as a self taught guitarist, worked in Germany for American soldiers,  toured the Netherlands with the Pim Jacobs Trio and Rita Reys and finally settled as a studio musician and guitar teacher at the conservatory in Hilversum.

His sophisticated playing remains largely unnoticed by the general audience, probably because he was totally disinterested in the business aspect of music. The few records that were issued under his own name, were mostly in the easy listening genre. Nonetheless, they clearly showcase a fine jazz guitarist at work. This track from "Dedication" is a bit hotter though ...

With students like Jesse van Ruller, Martijn van Iterson and Maarten van der Grinten, Wim's influence as a jazz guitar teacher has literally put Dutch jazz guitar on the map. That's probably where his true heritage can be most strongly felt.

Here's Wim on two rare live takes of which the origin is unknown to me. What a wonderful player he was. His lines are perfectly logical with a relaxed feel.

The following recording is extremely rare. Time and place are unknown to me. Must have been in the mid nineties. You can hear Wim playing with one of his best known students Jesse van Ruller. Jesse probably was still a student. Wim takes the second solo.


It Could Happen to You (with Jesse van Ruller)

Posted by Dutchbopper at 9:12 AM