This week I finally purchased a POD 2.0. The power adapter of my old amp modeller (Digitech RP 300) was broken and I wanted something better. I had tried out a POD a few years ago and it seemed to have potential for jazz guitar sounds too. Without trying it out I bought one. 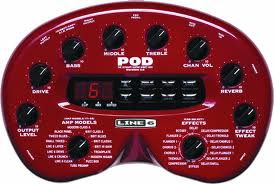 At home I plugged it and and I was pleasantly surprised. I soon found an amp model that sounded just fine to my ears. You can hear it in the vid below. There are some more sounds in the video at the bottom. Though it was obviously never designed for straight ahead jazz guitar playing, some of the clean amp models sound great for this purpose. Not that many, but enough to make it even attractive for classic archtop sounds. And it's not that expensive anyway, so even if it had had just one useable sound it would have been ok with me.


I like simplicity. The sounds that I prefer on the POD are those that sound great right away, without having to tweak them and without having to adjust the tone knobs on my guitar. I don't like fiddling with my gear to get a good sound. And I don't like to roll off the tone knob on my guitars. The sound has to be there quickly and easily. The best amp models IMO are:

I prefer these because, like I said earlier, they do not require tweaking. But there are more interesting amp models. I highlighted some useable ones for straight ahead jazz in yellow. Of course the Roland Jazz chorus is among them. All the good sounds for bebop guitar are to be found in the second layer amp models, so from amp models 17 onwards. You need to hold the tap button to access those. 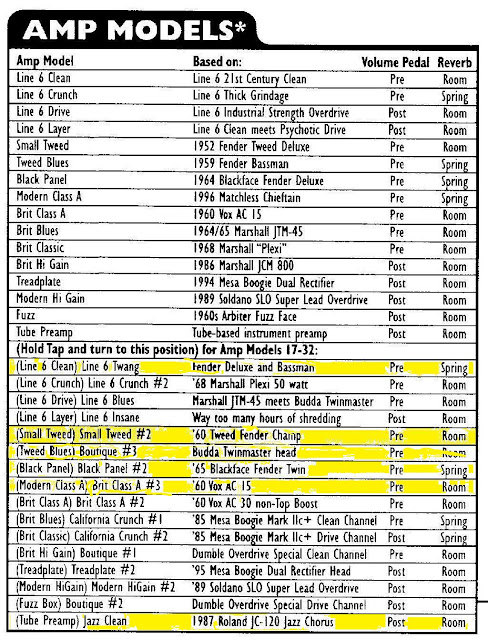 Why do I prefer recording with a modeller in the first place? Well, that's just a matter of convenience. It's a bit of a hassle to record with a microphone in front of my Polytone amp and I prefer to record silently. At night even. You can see my video rig here: 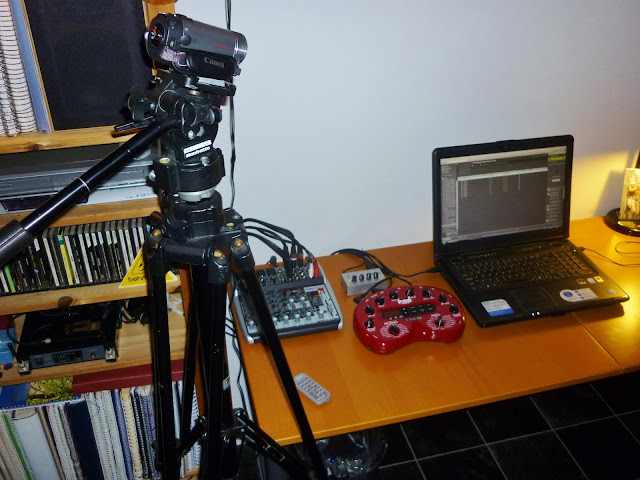 Of course I recorded some sounds that I would like to share with you. Here's a few clips glued together. I am soloing over 3 standard progressions. So for starters, it's just single note playing over a guitar backing. I will post some chord sounds later. I hope I got the amp models right in the captions under the vid :) There was no sound tweaking involved, all eq was medium and tone knobs on the guitar open. No effects on the POD used either.

Email ThisBlogThis!Share to TwitterShare to FacebookShare to Pinterest
Labels: POD 2.0 for jazz