Billy Bean in "The Trio" 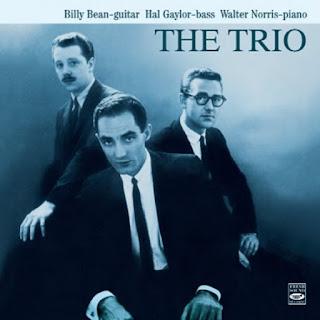 Amazingly, Billy Bean sounds a lot like Pat Martino. That's not because Billy studied Pat a lot. On the contrary.  In the 1950s Billy was already playing like that. Pat listened to him! One of Billy's best albums is the drummerless trio album that he recorded in 1961 with Hal Gaylor and Walter Norris, simply called "The Trio." This is one of the greatest drummerless trio recordings ever made, on a par with Tal Farlow's 1950s trio recordings with Eddie Costa and Vinnie Burke. Essential Bean listening. Fantastic boppin'. Here's "Grooveyard" from that album. The second one is from a different album "The Trio Rediscovered." Anyway, both albums are superb.