Many years ago, when I was still in the service teaching guitar at the Armed Forces School of Music in Virginia Beach, VA, I had the opportunity to meet and jam with Joe Pass. There was a local music store where I liked to hang out and I found out they were bringing Joe there for a private in-store concert. They had not made any arrangements to pick him up, so I volunteered my services.
I picked Joe up from the Norfolk International Airport and drove him to his hotel where he checked and asked the girl if she recognized his name. Of course she did not, so he told her he was a bikini salesman. He said he was tired and wanted to take a nap and he would call me later. I went home and paced. Finally he called, and when I got there he said he wanted to go to a grocery store. While there he told me he was teaching me how to go on the road when I got out of the service. He brought back a kiwi for the girl at the desk.


Somehow he knew I wanted to play from the first moment he saw me, even though I did not have a guitar with me at the time. When he called me back he said to bring my guitar, so after the short shopping trip, we went up to his room. Joe rolled up his pant legs and wandered around the room like an old grandfather, checking pockets for stuff and just kind of muddling around. He finally grabbed his guitar gig bag and put it on the bed and began rummaging through the various pockets finally coming up with some picks. He used the small teardrop ones, but he cut off the top a bit leaving not much more than the point.


Then he opened the gig bag and grabbed what I think was the proto-type for the Ibanez Joe Pass model and he handed it to me and said “play something”. As I recall, the strings were heavy flat wound and the action was high and I was scared to death. I played a few things for him, chord solo type things and he would nod and mumble a few times, but when I played ‘round Midnight he grabbed the guitar and said “I play it like this” and proceeded to play it very close to the way he played it on his virtuoso album (listen).
After that, he said “get your guitar”, and we sat next to the wall AC unit across from each other with a table in between and played for a good hour, just standard tunes. He would solo for a while and then say “go” and when he felt like it, he just jumped back in soloing. We were both exhausted at the end but what an experience.
I left Joe a Jazz chord book I had written hoping he would look at it and maybe give it an endorsement and I asked him if I could videotape the concert later that night at the music store. He said he would think about it and let me know later when I picked him up for the gig. In the end, he let me videotape him, a tape I still treasure, and he eventually endorsed my Chord Book as well, although it came in the mail several months later.

We had him over to the house the next day before he had to fly out and my wife made lasagna. I also invited two of my guitar buds to join us. We wanted Joe to play something so I gave him my guitar which was a Gibson 347. He joked “you need to get a real guitar”, meaning a hollow body, but he played it anyway. The lasagna must have been fine because when he left he thanked my wife and then kissed her on both cheeks. Not too long after that visit I ordered my Ibanez Joe Pass model which was played many years later by George Benson but that is another story. 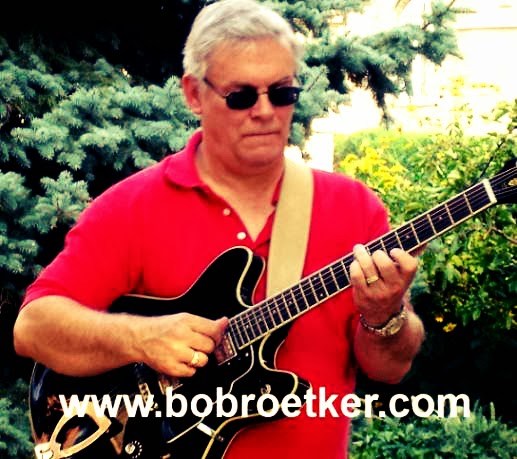 Posted by Dutchbopper at 2:02 AM