I posted John McLaughlin's guitar take on Cherokee earlier here. That take has always been quite inspirational to me. It kind of surprises me that not all guitar players seemed to like it when I posted it on a jazz guitar forum. I think it's phenomenal. But fast playing is not everybody's cup of tea so it seems. It is mine though.

So I love that tune. To me it's the epitome of bebop. Although it was a hit for the Charlie Barnet Orchestra in the 1930s, “Cherokee” wasn’t really considered a vehicle for jazz improvisation until Charlie Parker began experimenting with substitutions over the changes. He was already studying it when he was just a teen. Here is a magnificent take from 1943:


If you want to play it too, you will find a full transcription of the Parker solo below.

And here's a another Parker solo on Cherokee played on guitar:


Gary Mulligan wrote about Parker and this tune the following: "Somebody sent me a little bit of tape that had Bird playing at home when he must have been maybe seventeen years old … of course he was playing “Cherokee.” This was his number, man, he worked on that thing for years ... It was not just a little accident that it came out the way it did." In 1945, Parker wrote "Koko", his own tune based on the chord changes of Cherokee.

By the way, Don Byas recorded a truly amazing rendition of Cherokee in 1946 that even blew away Bird:

The difficult part of this tune lies in its tempo and in navigating the descending ii-V’s on the bridge . It is is a jam session war-horse (but somehow not in the jams I attend haha), usually played at “tempo de bitch” (quarter note= 250 b.p.m. or more). It is often a vehicle for guys desiring to display their technique by playing lots of very fast notes and is therefore hardly ever played by beginners or amateurs. Kind of like Coltrane's "Giant Steps" ..., which I personally find way, way harder.

Anyway, here's a short take on Cherokee I did myself some 6 months ago.


And, as promised, here's the transcription of the 1943 Parker solo: 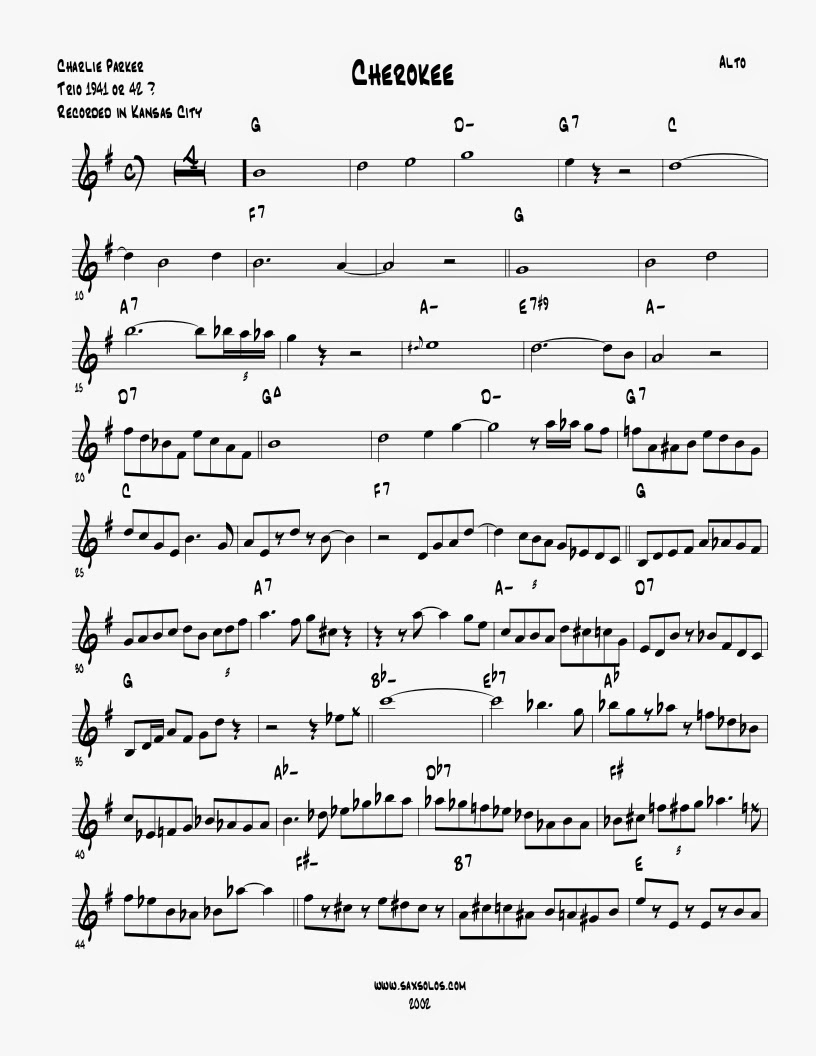 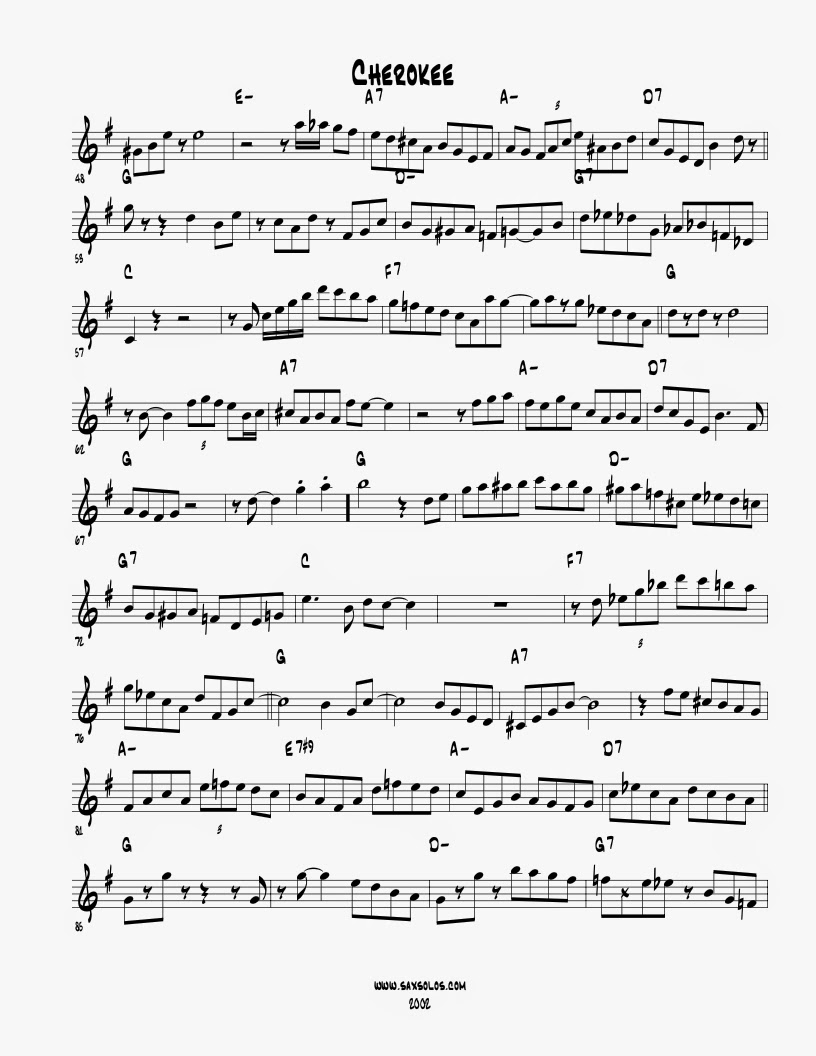 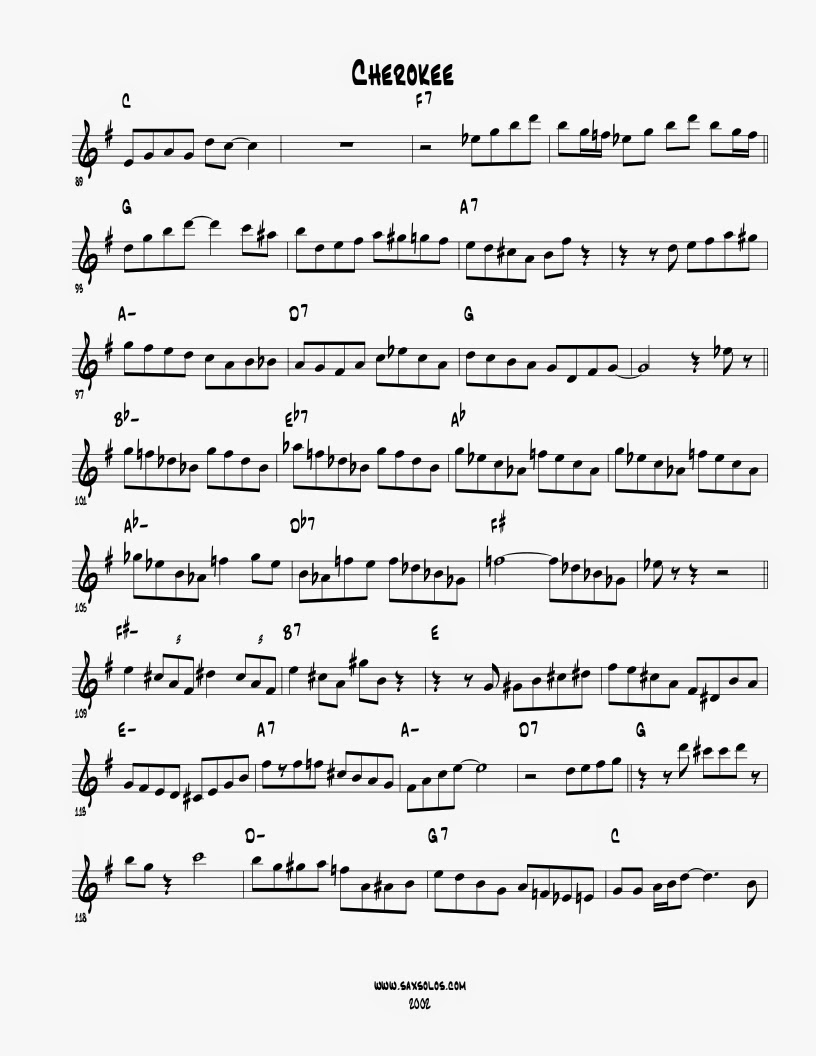 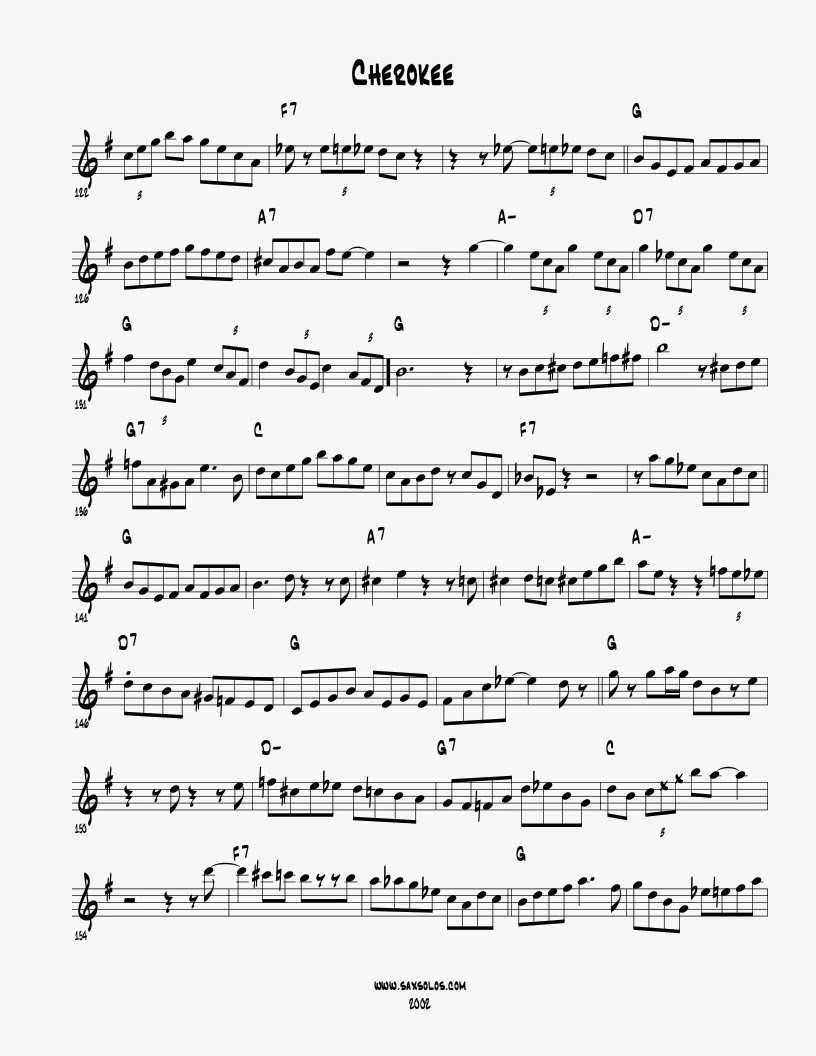 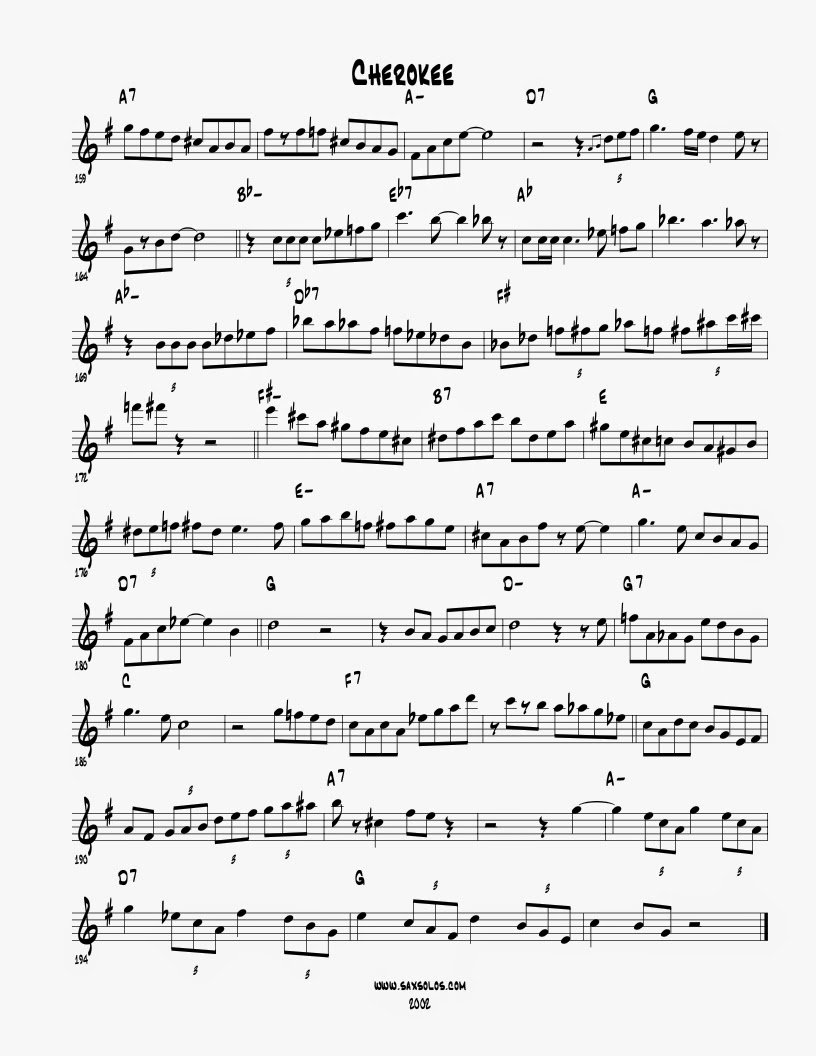 Posted by Dutchbopper at 1:32 PM

Email ThisBlogThis!Share to TwitterShare to FacebookShare to Pinterest
Labels: Cherokee