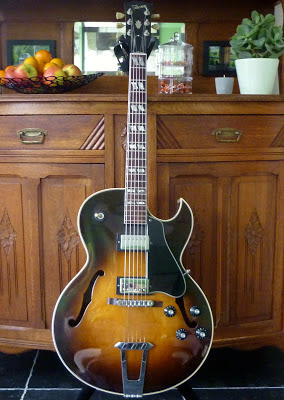 Until today I did not even know if he was a he or a she. That's because it was only now that I decided to name him Joe. And that makes him a definite he from today onwards. 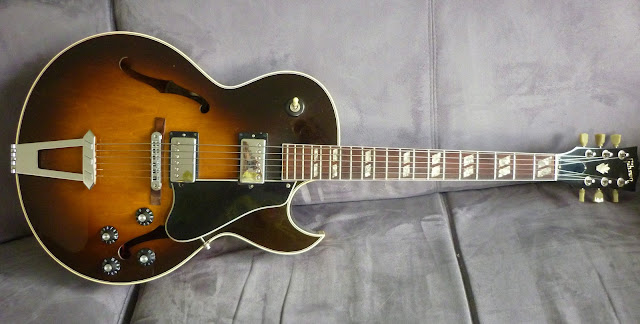 What  is nice about Joe is that he is very reliable. He does not get out of tune easily and he always sounds good. Mellow and woody. Most of the time I play him through a 75 bucks amp and he does not mind that at all.

Joe is perfect for bop. And he is very comfortable to play. Body not too big. Neck just right. 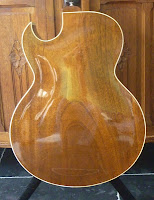 He was not always mine. I bought him in 2005. I went to a store where they had a handful of used 175s and Joe happened to be the best sounding one. I tend to think the mahogany has something to do with that. Most 175s have maple backs and sides. But not Joe. He's mostly mahogany.


I guess you can figure out why he is called Joe. If not you should read my Blog posts better. 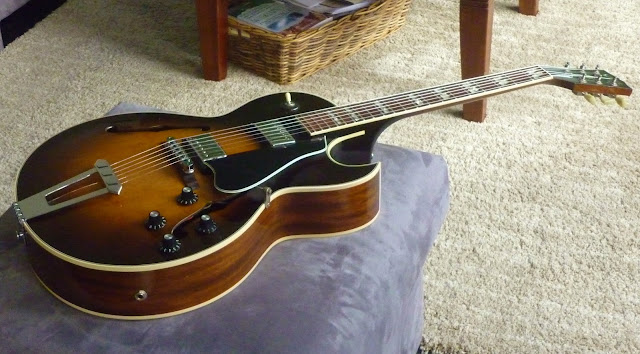