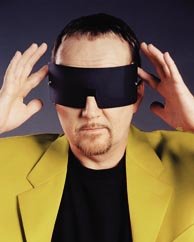 Some more guitar fun now. A few years ago I did a Gibson Blindfold Test involving 3 guitars. This year it gets way more complicated. In the vid below you will hear 7 Gibson archtops but you won't be able to see them. Each archtop clip is one minute long. They were all recorded with the same gear. Can you identify the guitars based on their sound only?

The guitars I used for the Gibson Blindfold Test are:

To be honest. I probably could not do this myself for all 7. I tend to sound the same on any guitar. And I know, there's probably too many variables at stake for it to be scientific. Still, I would be able to pick my Gibson Tal Farlow for sure. And maybe a few others too. The clips presented in the vid are NOT on my Youtube page. None of them. No need to go there :) I will show the guitars "unveiled" later this week.

Posted by Dutchbopper at 6:19 AM

Email ThisBlogThis!Share to TwitterShare to FacebookShare to Pinterest
Labels: the Gibson blindfold test