I have followed my countryman Jesse van Ruller since the mid 90s. Without a doubt he is one of the finest jazz guitarists in the world. There is not much reading matter on him though. So high time for an interview. There is plenty of JVR video material available on the Tube, but for the occasion I edited a recent upload that shows him playing a few jazz standards, which is pretty rare these days. In the clip above he is playing a Gibson ES 150. It was recorded in 2010. It's a compilation. 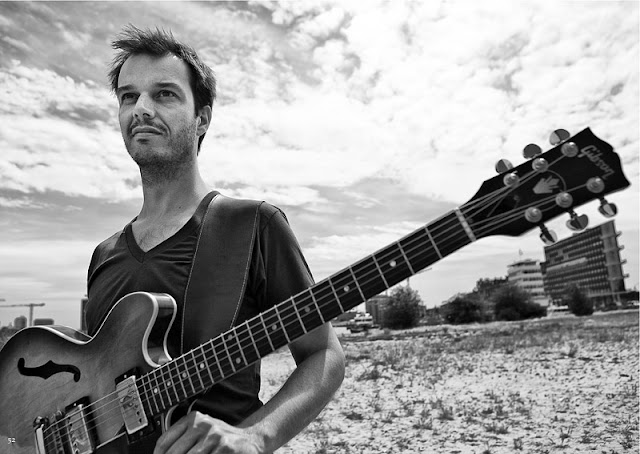 I know you  started playing classical guitar when you were 8 years old and that you were playing rock and blues music on an electric guitar in your teenage years.  Were you already playing jazz too when you entered the Hilversum conservatory?

Yes, I started taking lessons from a local teacher that studied with Wim Overgaauw himself two years before I started my studies at the conservatory.  I learned to play on changes, did some ear training and studied some theory. 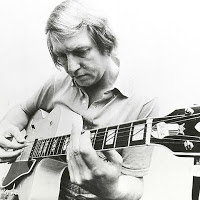 You studied with Wim Overgaauw. In what areas do you think is his influence on your playing most strongly felt?

His clear harmonic approach, chord knowledge and fluency. Also he had a bright sound, very atypical for jazz guitar. He had a strong attack that I took over from him even though later I tried to have a softer, more dynamic way of playing.

Can you tell us something about your practice routine when you were studying at the Conservatory?

I don't remember having a routine. I haven't been very structured in practising. I used a cassette player to record many choruses of comping and played over it. I remember practicing Coltrane changes for many many hours. Also some technical exercises and jamming with other guitarists.

Did the lessons that you took from Wim mostly consist of investigating the kind of topics covered in the book “European Jazz Guitar” or were they something else entirely?

It was mostly playing together, taking turns soloing and comping, trading choruses. Implying the right harmony was the most important thing in soloing. Also he had made many chord melody arrangements of standards, some of them are in his book. We played those too in the lessons. He made me play them fluently.

What guitarists besides Wim have had an influence on your playing?

Scofield has been the guitarist that I've always listened to and has never bored me. I've had times that I listened to and studied Pat Martino, Benson, Peter Bernstein, Mike Stern, Metheny and Jim Hall.

Did you study transcribed solos as a student? 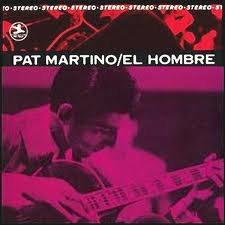 I've never used any books while studying. Also didn't transcribe much myself, actually just one solo: Pat Martino's solo on Just Friends on El Hombre. I've been obsessed with that solo for some time when I went to school. I never felt a lack of ideas or material so I didn't feel the need to transcribe. I did copy a lot from other players, but not note for note.

Any other jazz instrumentalists that have made an impression?

I've listened to everybody, just like any young jazz student. I love the jazz tradition, but also love a lot of 50's 60's and 70's pop music and blues. I pretty much love the guitar and its role in modern music.

With successful players such as Martijn van Iterson, Maarten van der Grinten and yourself, Wim’s teaching activities seem to have placed Dutch jazz guitar on the map. Is there such a thing as a “European jazz guitar” or even “Dutch jazz guitar” school with Wim as fouding father in your opinion?

I like to think there is. I have some students that I'm very proud of and to whom I really feel I passed on some of Wim's 'things'. You should check out Reinier Baas, he has two albums out and he has some of Wim's essence in his playing although he never met him.

Next to your teaching activities at the Amsterdam Conservatory you keep up a busy gigging schedule. Do you still have time  to study? If so, what are you focusing on currently?

Not so much, unfortunately. I have been practicing the lap steel for the last year or so. Mostly I practice the music I get to play with the bands I'm in. It's a lot of original music, I hardly play standards anymore. 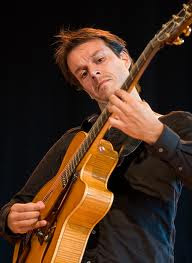 Many people marvel at your clean articulation and strong groove. What is your concept of picking? (note: you seem to anchor your pinky on the pick guard when playing single lines and alternate this with playing chords fingerstyle?)

Yes, I like to have an anchor there so I can make a bigger movement picking, and not get lost for the next note. That way the attack is faster and takes less time, as a result it sounds more fluent.

Do you play legato or do you pick every note?

I play legato too, and sweep.

What do you recommend your students for improving their time feel?

Listen to James Brown and feel it!

You often pick with your fingers.  Why is that?

It's a natural thing on the guitar. Playing chords with a pick sounds harsh sometimes, the alternative is to strum with your thumb or pick all notes together with the fingers.

Your early albums showcase a virtuoso contemporary bop player. These days your musical perspective seems to be much wider and much more modern. I remember somebody calling you a guitar poet rather than a guitar player these days. Is this description  something you recognize?

It's a great compliment. I have to try new things in order to keep having fun. Development is essential.

Over the years I have seen you play your Levin guitar through a Marble amp, than an Elferink signature model, a Fender Telecaster, a Gibson ES 150 (full bodied ES 335) and last year I saw you with an ES 335. So what’s the gear story?

After my Levin passed on, I started a quest that hasn't ended yet. I don't think it ever will because it's a lot of fun. I love buying guitars, especially vintage ones and I am no longer looking for that perfect guitar but like to bring different ones for different occasions.

Do you still keep in touch with the American jazz scene?

Not really, I haven't been to NY in years. It's really hard to create playing opportunities in the US when you are not there. If I had that ambition I should move there and work on it for a long time. I don't see myself doing that anymore, being a father and having a life here.

Any future plans the jazz guitar world should know about?

I have so many plans for new recordings, but it's getting harder and harder to break even on a CD. The last cd I made I recorded myself in a nice sounding space. That's a concept I'd like to try out some more. It's not easy to find a quiet nice sounding space though. The last CD is without drums and we used a church. That worked out very well. But for a drummer, the church is not ideal so I'm still looking for that ideal place.

Posted by Dutchbopper at 2:26 PM