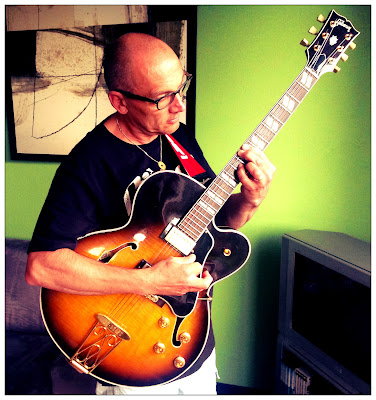 I had a 350t for almost 10 years. Sold it november last. It's a guitar you hardly ever come across with. Most jazz guitarists do not even know of its existence. That's a bit of a pity, for it is really a fine thinline archtop with a pretty classic Gibson sound.

Of course the ES 350t was based on its predecessor, the full sized ES 350 which was introduced in 1947 as a cutaway version of the earlier ES 300. The ES 350 was 17" wide, had 1 P 90 pup, a trapeze tailpiece with pointed ends, a triple bound top and back, single bound peghead and fingerboard, double-parallelagram fingerboard inlays, crown peghead inlay, gold plated parts and was available in sunburst or natural finish. From1948 onwards it was fitted with 2 P-90 pickups, 2 volume knobs on the lower treble bout and a master tone knob on the cutaway bout. It is the guitar Tal Farlow played on his classic 1950s recordings. The ES 350 was replaced by the ES 350t in 1956.

The Gibson Byrdland model - basically a thinline L5 CES with a shorter scale neck of 23.5" - was an immediate hit in 1955 so that Gibson rushed another new thinline guitar into production. Christened the ES-350T, the new guitar retained the unique design of the Byrdland with its shorter scale, but added a figured laminate maple body to reduce feedback, increase sustain and improve durability. After a pair of prototypes were built late in 1955, Gibson produced a small but historic run of ES-350T guitars in 1956, the first full year of production. Chuck Berry turned it into a rock & roll guitar in the later 50s. In 1961 the ES 350t it received a pointed cutaway but the model was discontinued in 1963.


In 1977 the ES 350t was re-introduced but now with a full 25.5" scale neck and rounded cutaway. It has been in and out of production ever since. Especially in the early 90s, a number were produced.

Mine was a 1992 model and I considered it to be my "thinline" Tal Farlow model. More or less the same specs, only thinner. That said, the guitar is not so thin as a 335 and sounds pretty much like a full sized archtop. It's very comfortable to play with the classic laminate Gibson sound, kind of in between a Tal Farlow or ES 175. A guitar deserving wider recognition and a great gigging laminate archtop.

Posted by Dutchbopper at 9:58 AM 4 comments:

Email ThisBlogThis!Share to TwitterShare to FacebookShare to Pinterest
Labels: The Gibson ES 350t


I am not a Mclaughlin fan per se but this clip sure kicks ass. It features a burning rendition of "Cherokee" played by John in a 1985 apperance on Johnny Carson's "Tonight Show" with the "Tonight Show Band." The whole thing was transcribed by Tony Dean. Fantastic playing! 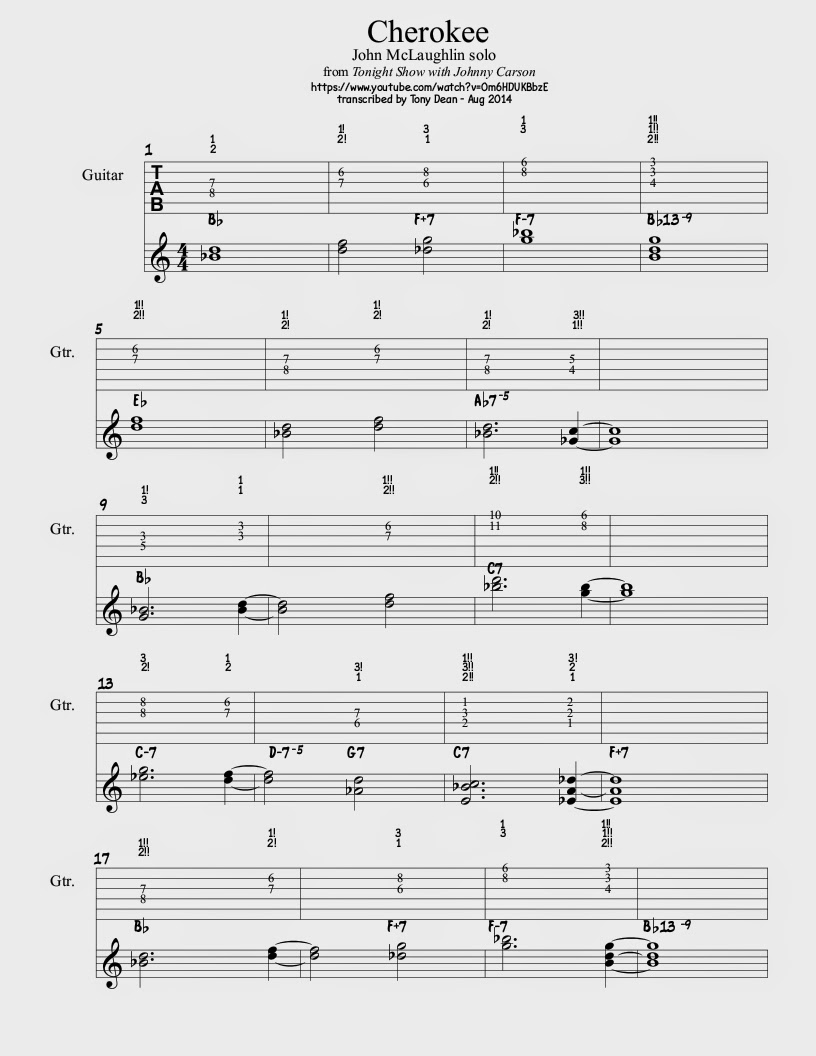 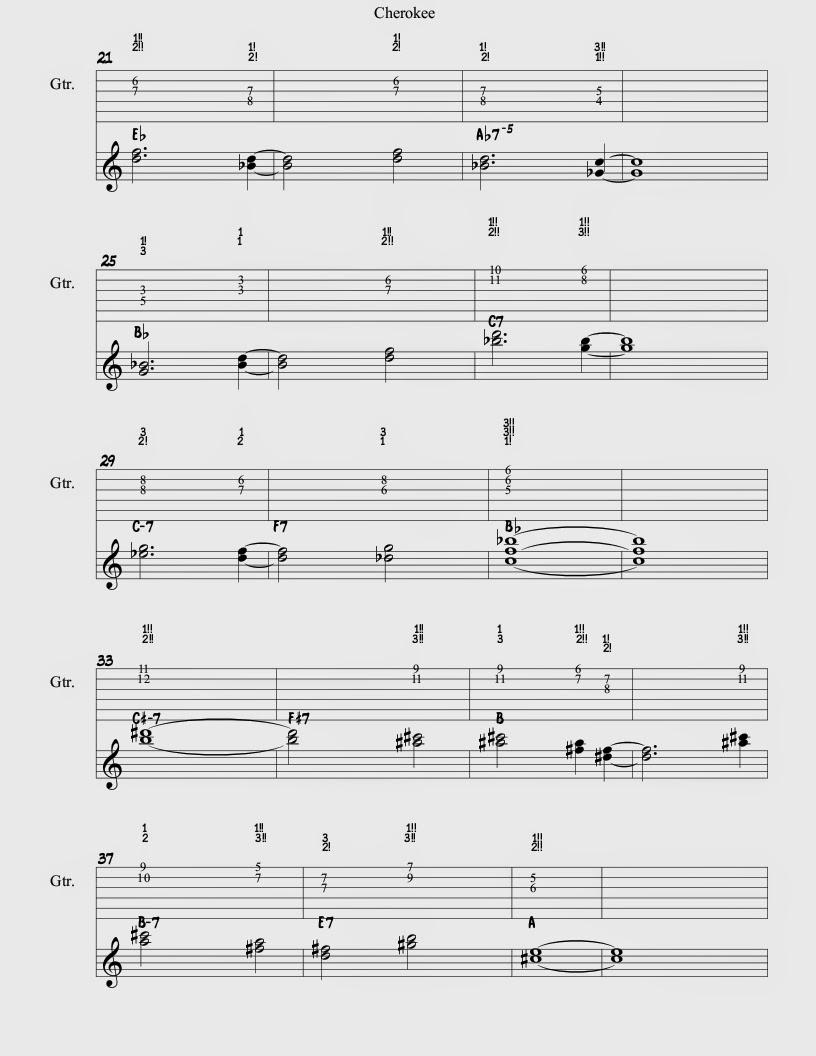 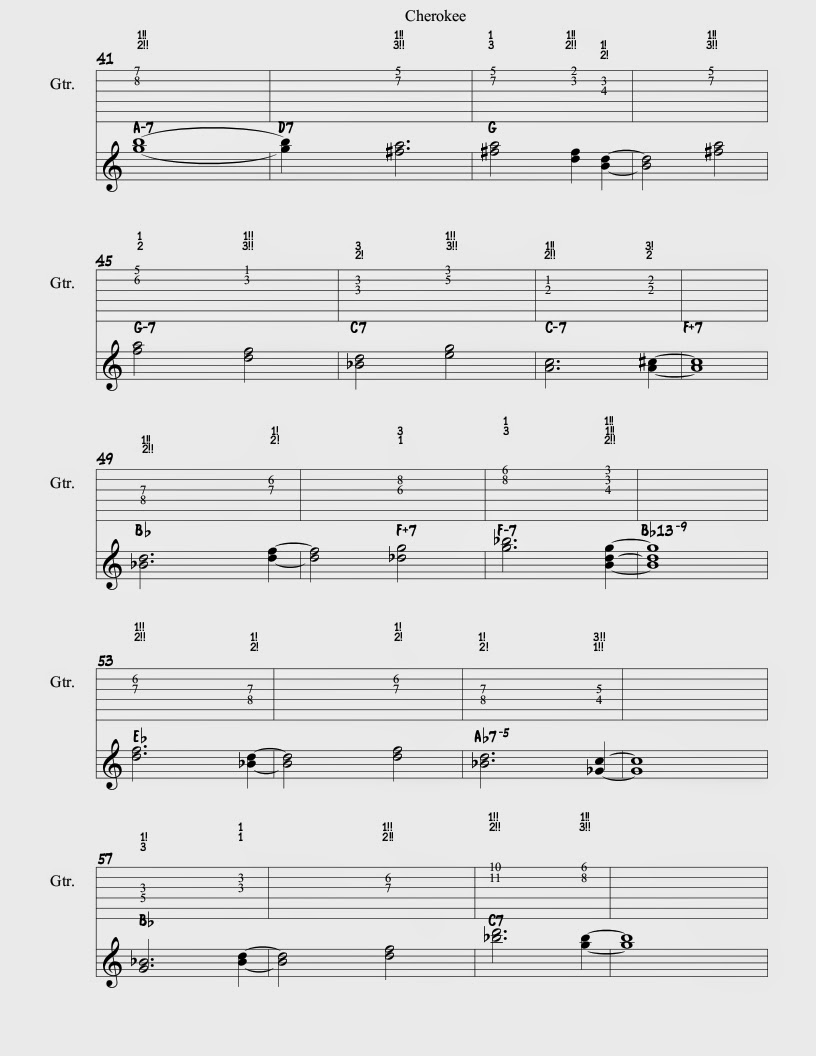 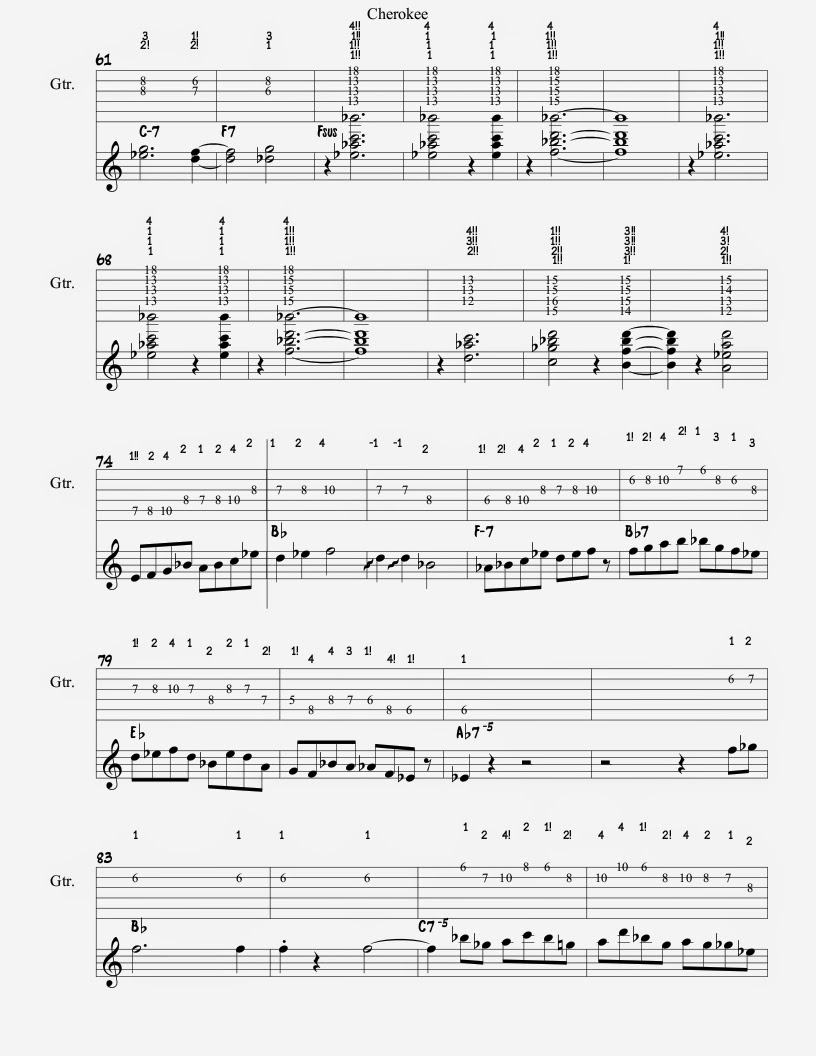 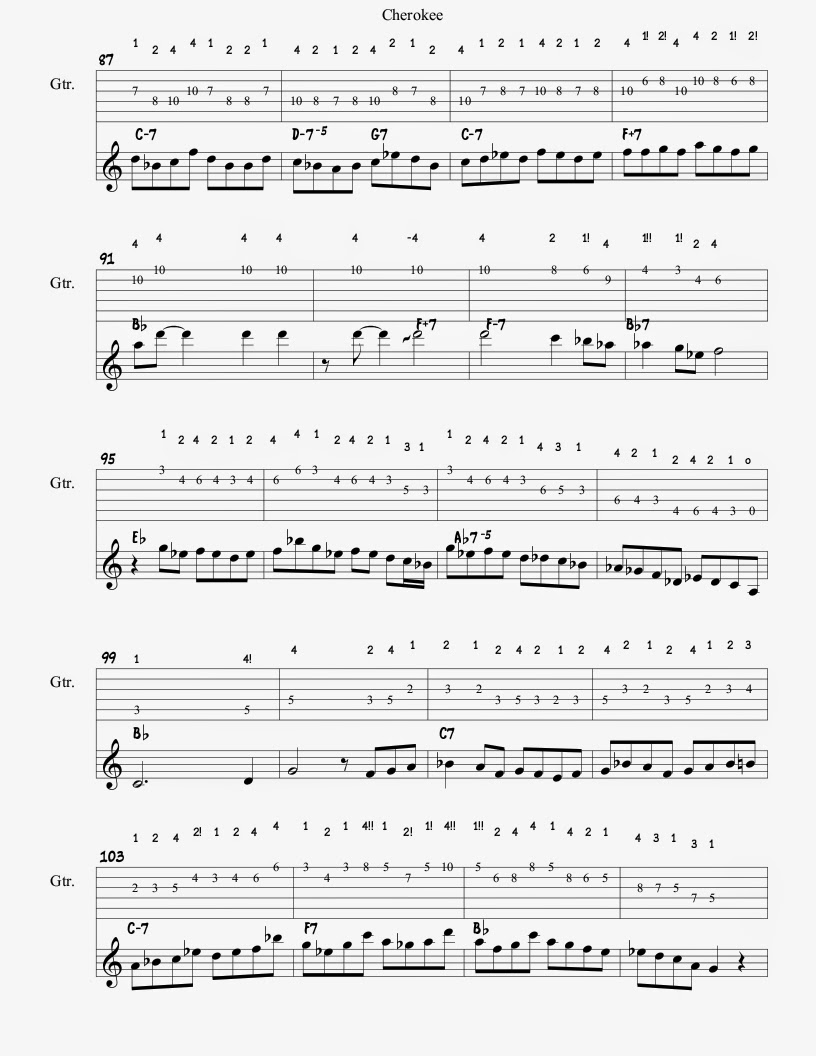 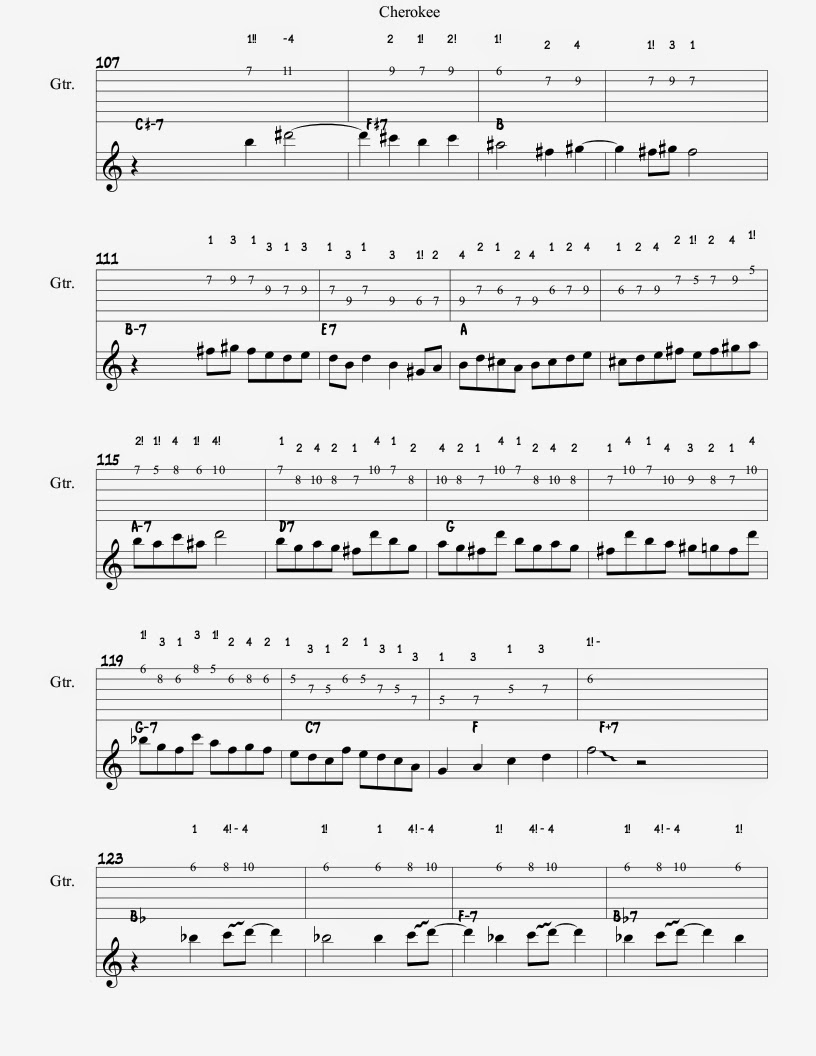 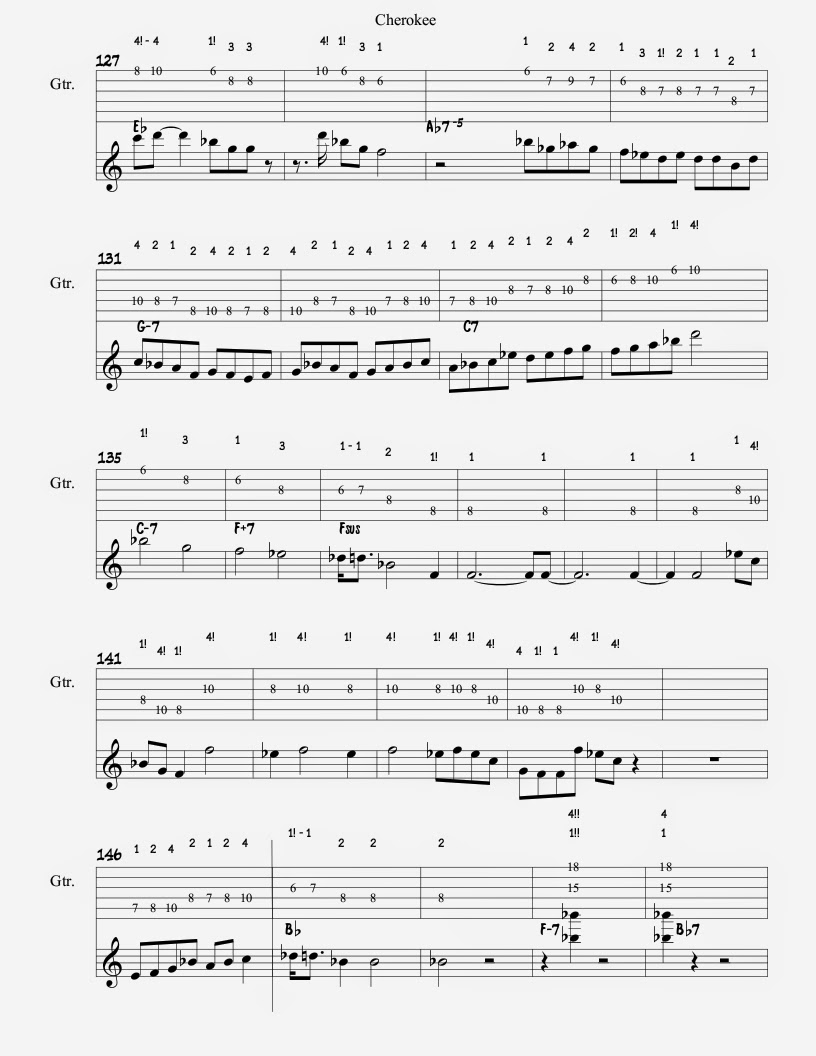 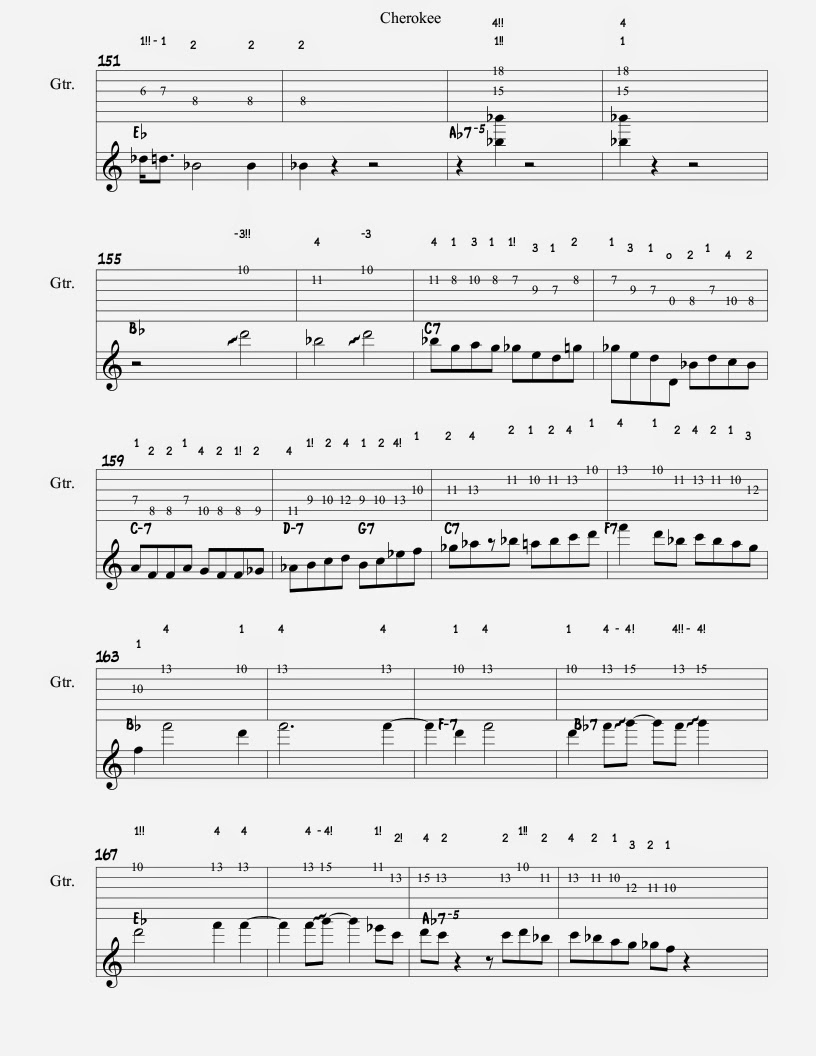 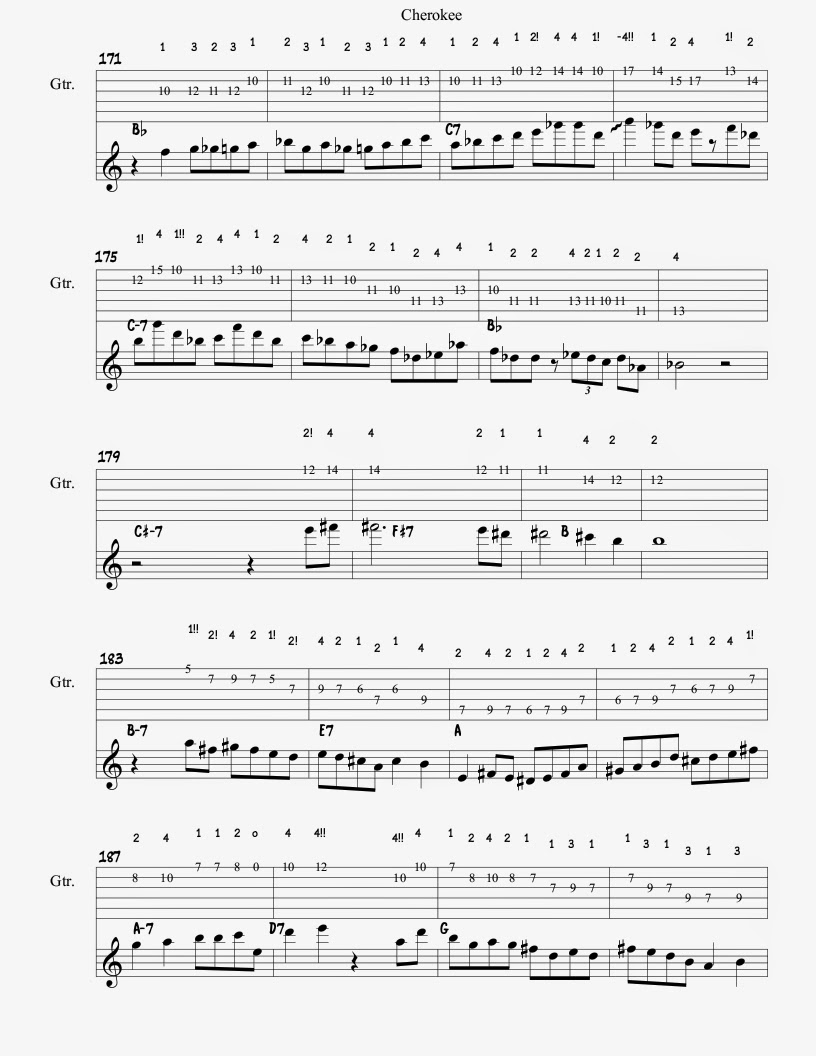 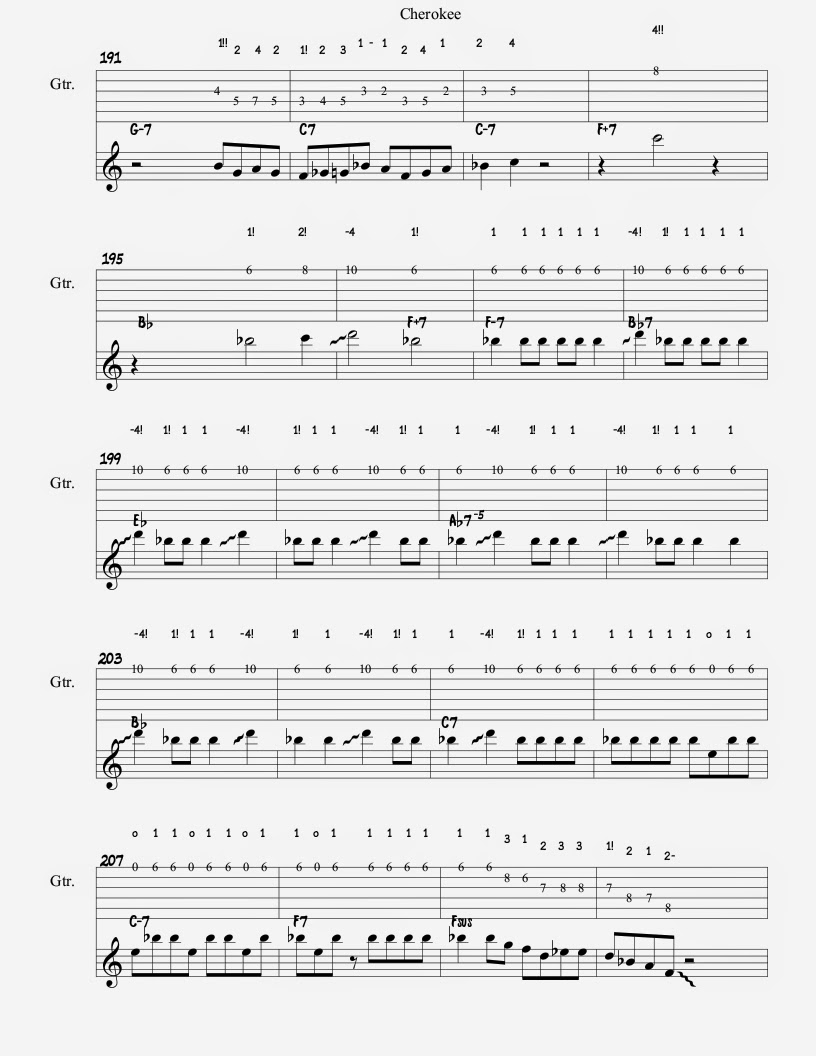 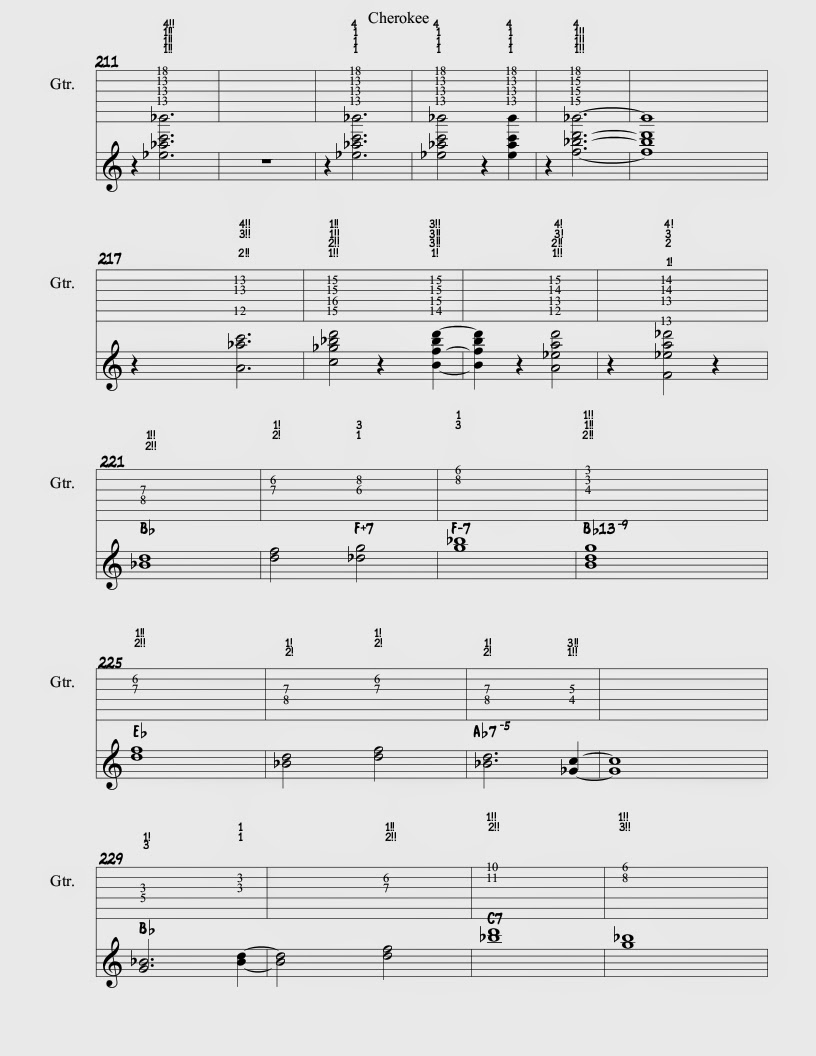 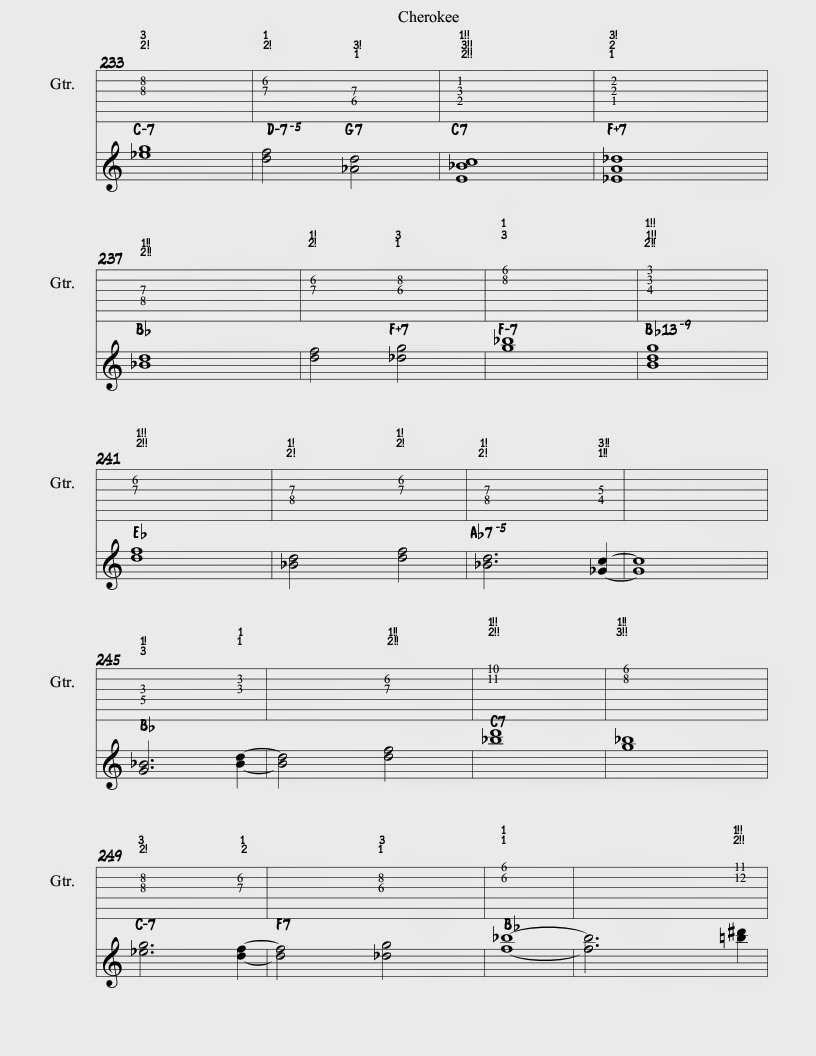 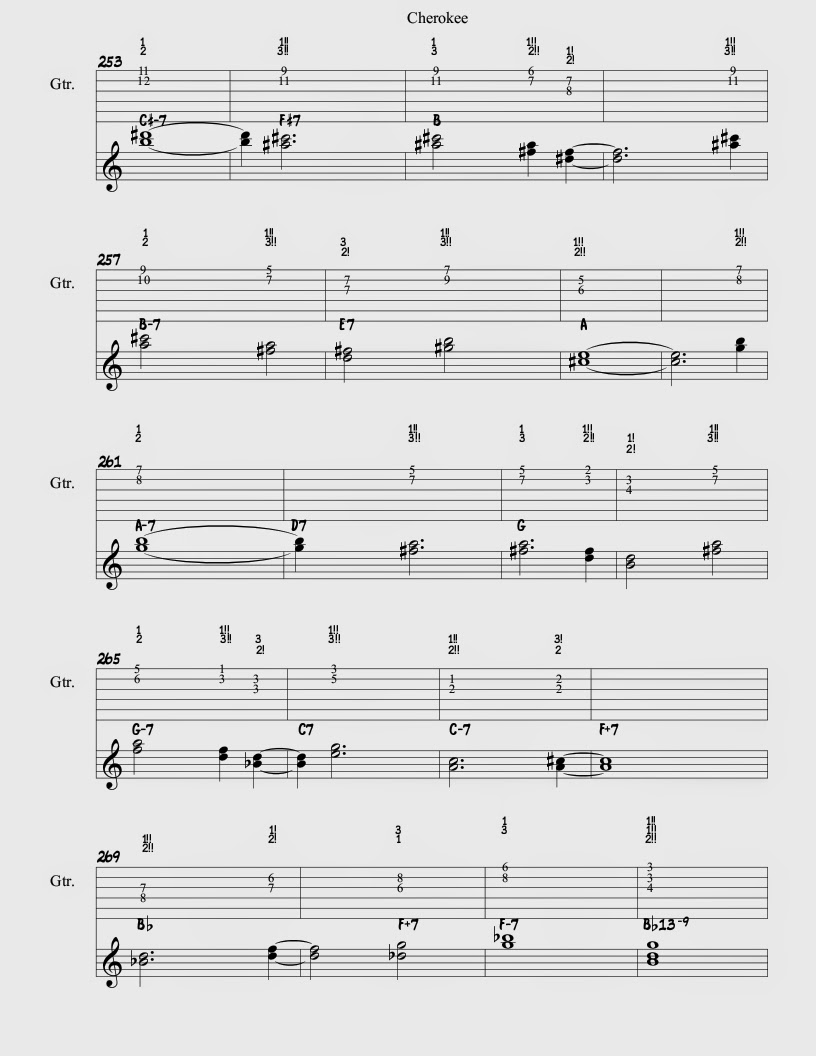 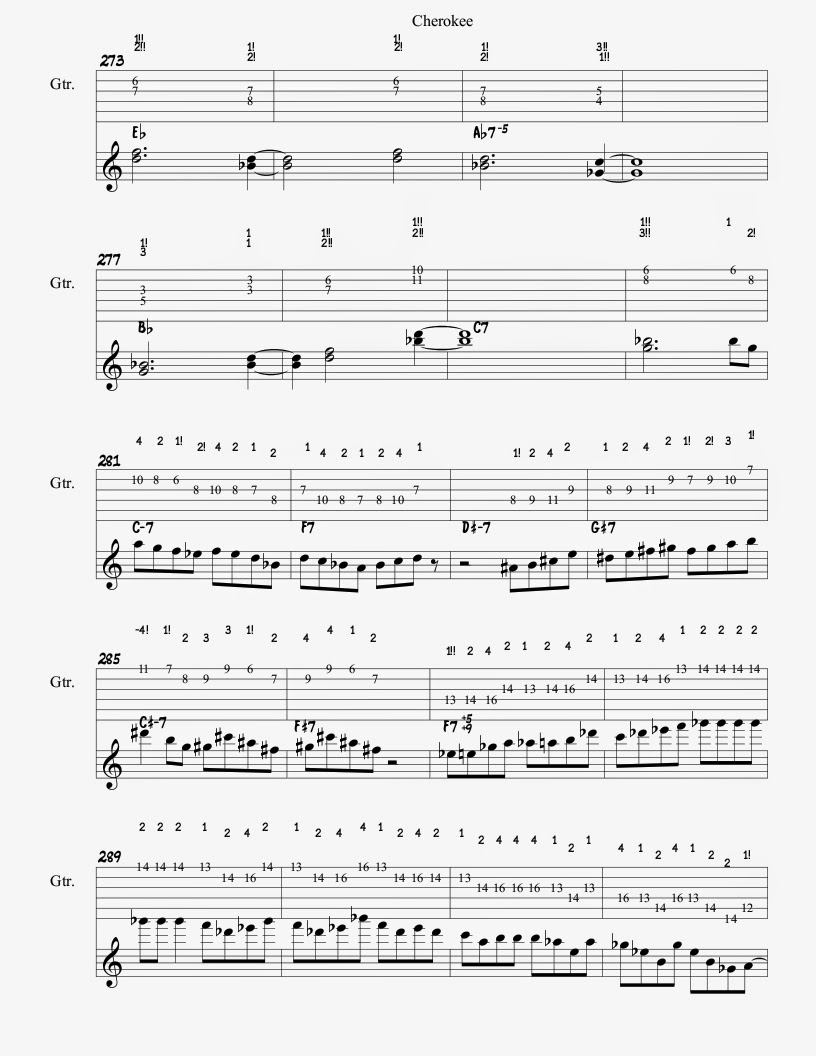 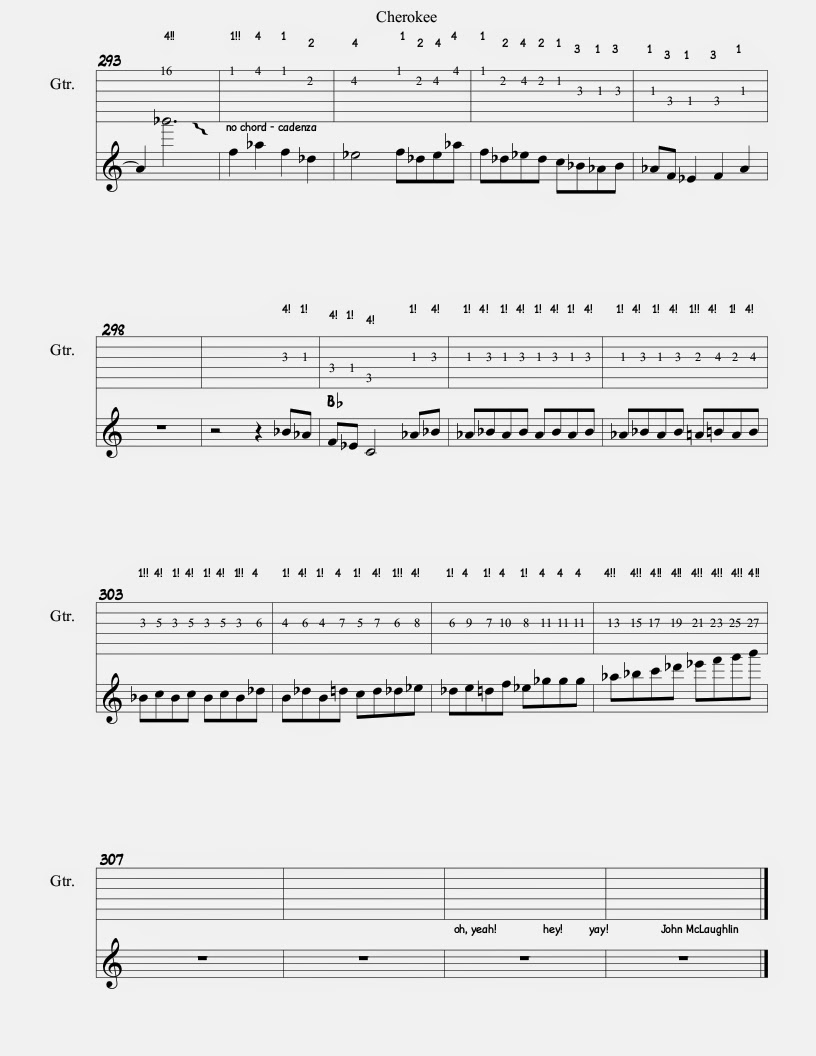 Posted by Dutchbopper at 2:29 AM 3 comments: