One of those guys you probably never heard of: John Schröder 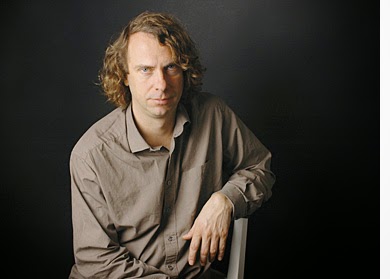 Here's a guitar player I bet most of you guys don't know. I remember playing Chet Baker's Last Great Concert from 1988 in my car stereo all the time somewhere in the mid 90s. The album had been recorded just 2 weeks before he fell out of that hotel window in Amsterdam. Besides being a really great album with Chet playing superbly, what struck me at the time was the guitarist that played so fine on it. His name was John Schröder and he was German but  surprisingly I had never heard of him. Over the years I kept on returning to that album and kept marvelling at this guy's playing. His solo's on that album are short - he does not get that much space - but are so lyrical and hip. Then I met Jesse van Ruller in 2000 when I jammed with him at the Crow and when we talked about guitar players that had inspired him and he soon mentioned John Schröder's solo on "In Your Own Sweet Way" on that album as a great source of inspiration. So time for you to check it out. It's magnificent and among Cher's best work IMHO. The guitar work by John on "Summertime" and "In Your Own Sweet Way" is superb.


A year earlier, in 1987, a young John Schröder (23) is to be heard as a sideman on the live recording "Clifford Jordan meets Klauss Weiss" that was recorded live in Austria.  He gets way more solo space on this one:

And here's one more track of that album that I found on Youtube on which he gets plenty of space and is really wailing:

It seemed that he later switched to playing drums, bass and piano and is a master at all. His later work is not bop or mainstream anymore, but more avant garde. There is more info on him on his website. I kind of doubt he is still playing mainstream jazz these days. He should though, what a fine player ...

Email ThisBlogThis!Share to TwitterShare to FacebookShare to Pinterest
Labels: One of those great players you probably never heard of: John Schröder

I regularly go to jam sessions and I am currently hosting one myself in the village of St. Oedenrode. Another one that I started 15 years ago at the Crow in Eindhoven (Jazz at the Crow) is still going strong. So I have seen a great many jam nights. Some really great nights, many so so and some pretty awful. I did some research on jazz jam etiquette and then added my personal experience and that of a few other experienced players to come up with some guidelines for effective jazz jams. I have sinned against many of them myself in the past so don't get too upset.

The Complexity of the Bebop Language

Playing bebop convincingly is pretty hard. It requires both talent and hard work. It usually takes a number of years, dedication and motivation to develop a jazz voice that is worth listening to. And IMHO, without a really healthy dose of talent it will be next to impossible to play it on a creative and advanced level, no matter how many hours you put in. It is that hard. So, never take great jazz music or accomplished bebop musicians for granted. Bebop is a pretty demanding language to learn and requires a lot of commitment. If you think that is an elitist view you have clearly never studied it yourself.

I came across this clip on the tube that perfectly addresses the issue of the complexity of the bebop language. I like especially the following quote that is in it: "It took Bill Evans 53 seconds to improvise the following chorus on May 6 1964. In it, there is a lifetime of information to study."

The analysis of the improvised chorus by Bill Evans shows what is meant here.

Posted by Dutchbopper at 6:26 AM 2 comments:

Email ThisBlogThis!Share to TwitterShare to FacebookShare to Pinterest
Labels: the complexity of the bebop language 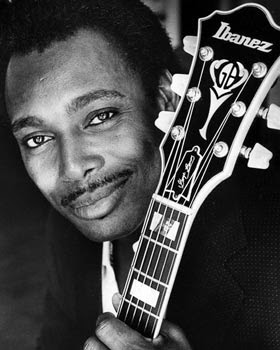 George Benson is one of the hottest bop players on the planet. When he plays bop that is :) I showed his insane chops on "Take Five" earlier here in my entry about the Ibanez FG 100. That video must be one of the hottest jazz guitar videos on the tube, if not THE hottest. Check it out.

Some of Benson's best straight ahead jazz playing can be found on a 1973 album, recorded live at the Casa Caribe club. George is supported by George Duvivier on bass, Al Harewood on drums and Mickey Tucker on piano. Here's "All the Things You Are" from that album that I found on the tube. Chops galore:

Of course you want to play that classic Benson solo so here's the transcription of the single line section:

9 Years later, in 1982 Jimmy Smith recorded an album called "Off the Top" with a super supporting cast consisting of George Benson on guitar, Ron Carter on bass, Stanley Turrentin on tenor and Grady Tate on drums. The album has some pretty unusual tunes on it but the title track features a totally amazing bop solo by George featuring some insane triplet playing. Wow. Just wow. I found the full track on Youtube:

For those that think they can pull it off (haha, no way, Jose) here's a transcription of that killer solo. It includes the fingerings even. The man is something else.

Email ThisBlogThis!Share to TwitterShare to FacebookShare to Pinterest
Labels: Some Benson Insanity Transcribed 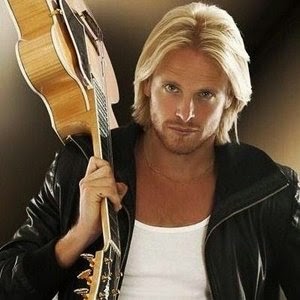 Andreas Oberg (1978)  is surely one of the best European bebop players. And a pretty hot gypsy player too! As a kid he took up the guitar and aged 16 he took his first jazz guitar lessons. In 1998 he started his studies at the Royal Music Academy in Stockholm from which he graduated 4 years later. In 2004 he released his first album. These days he is a a very successful writer and producer of pop songs in Asia too and he runs his own on-line guitar school.

The guy has some serious chops and likes to put his speed on display. He must be one of the fastest guns in guitar bop town. "I've never liked players who hit the strings hard except for some of the gypsies who does it naturally on acoustic. I like players who play clean and relaxed at all speeds like George Benson."

The following track is from his 2005 album : Young Jazz Guitarist". Bop till you drop!


Flavio Barba has transcribed some of his II-V licks. He gave me permission to post his video and his transcriptions here. Very nice stuff. Thanks Flavio! Watch the vid and then check out the charts. 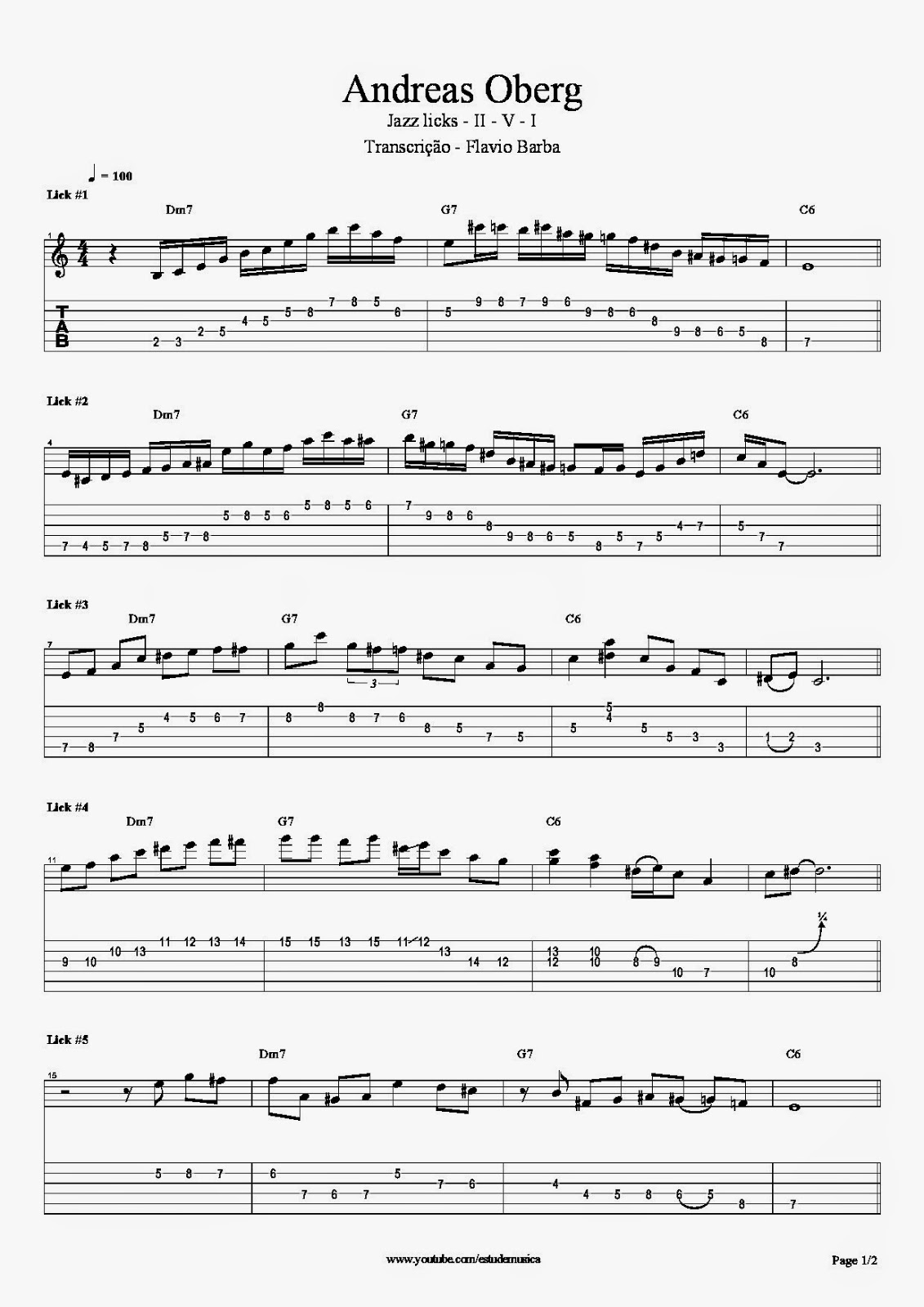 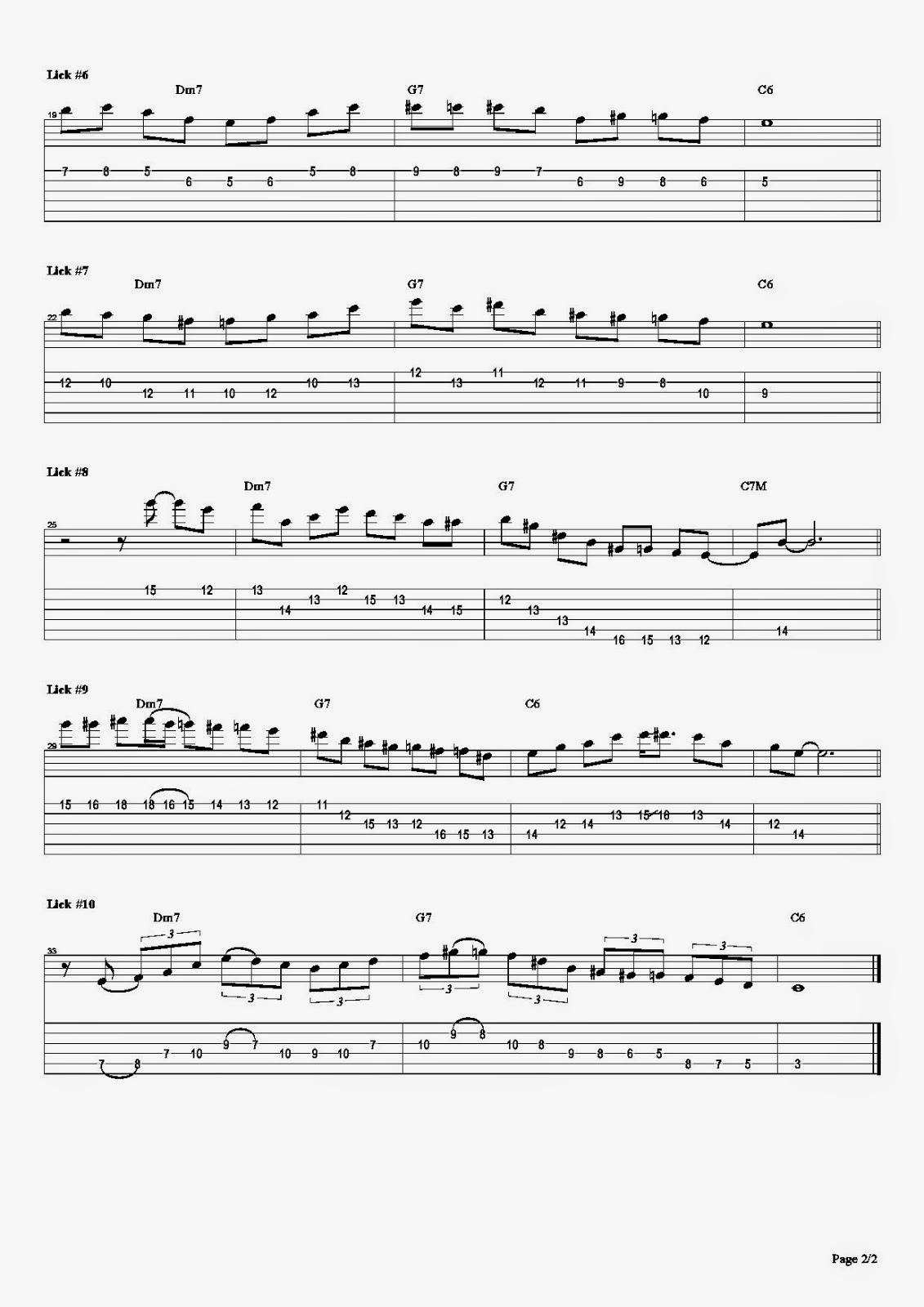