Yesterday I posted an (early) Jesse van Ruller transcription. Of course you will need a transcription of Martijn van Iterson too. I will tell you this, like Jesse, Martijn is somethin' else. I don't know what was in the water in the mid 90s at the Hilversum conservatory, but fact is that these two guys studying with Wim Overgaauw and graduating around the same time, both became guitar players that achieved a level of guitar mastery that occurs only once in a generation. And yet, it happened twice. That's how great I believe these two guys are.

This solo is from Martijn's 2004 album "The Whole Bunch". It contains both standard notation and tabs and is 8 pages long. It's from a tune called : "She's ..... " It's the last ttrack of the album, a nice up tempo swing tune with, of course, a fabulous solo by MVI. All the classic MVI devices are in it. If you want to hear the whole album, it's on Spotify completely. Thanks to the Shinobu Yamada Guitar School once again! 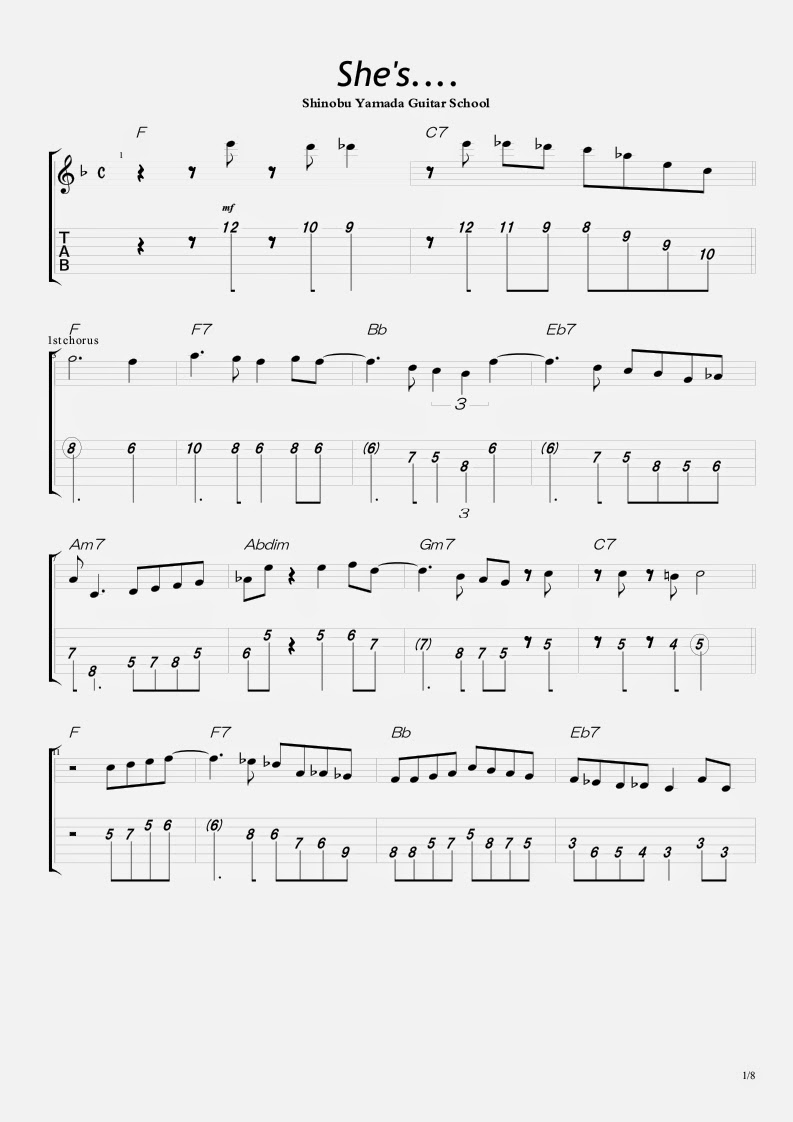 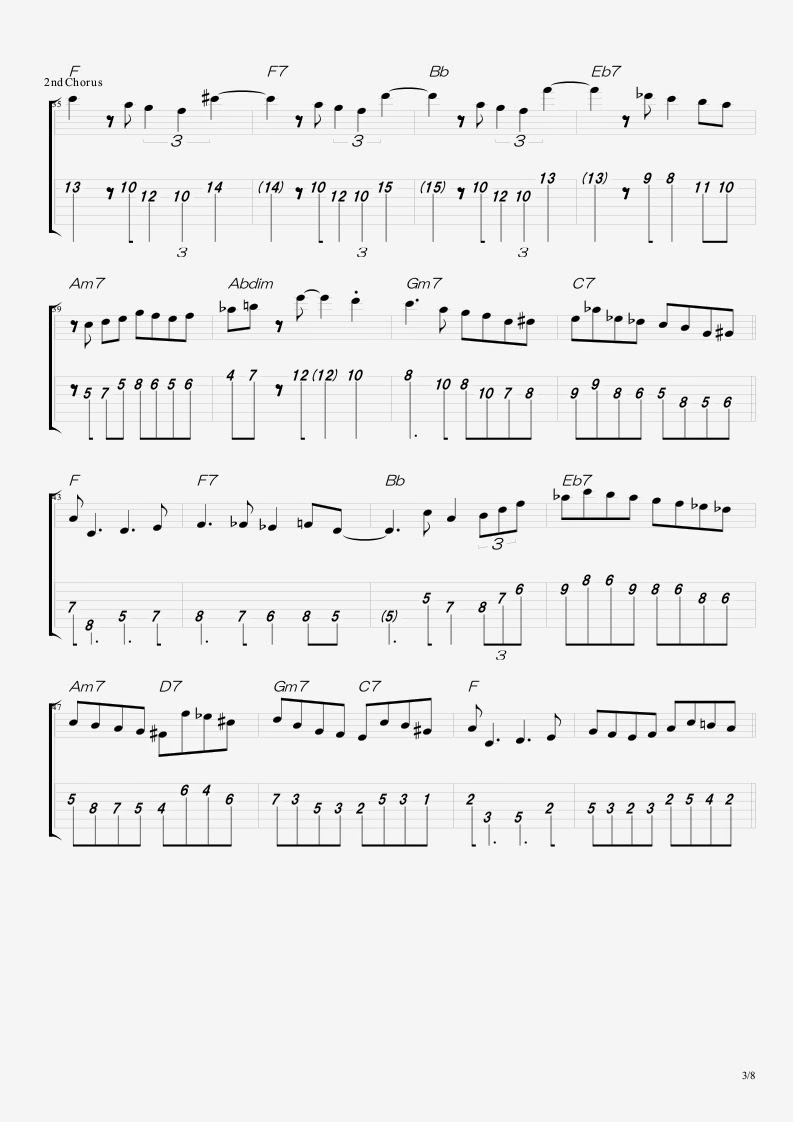 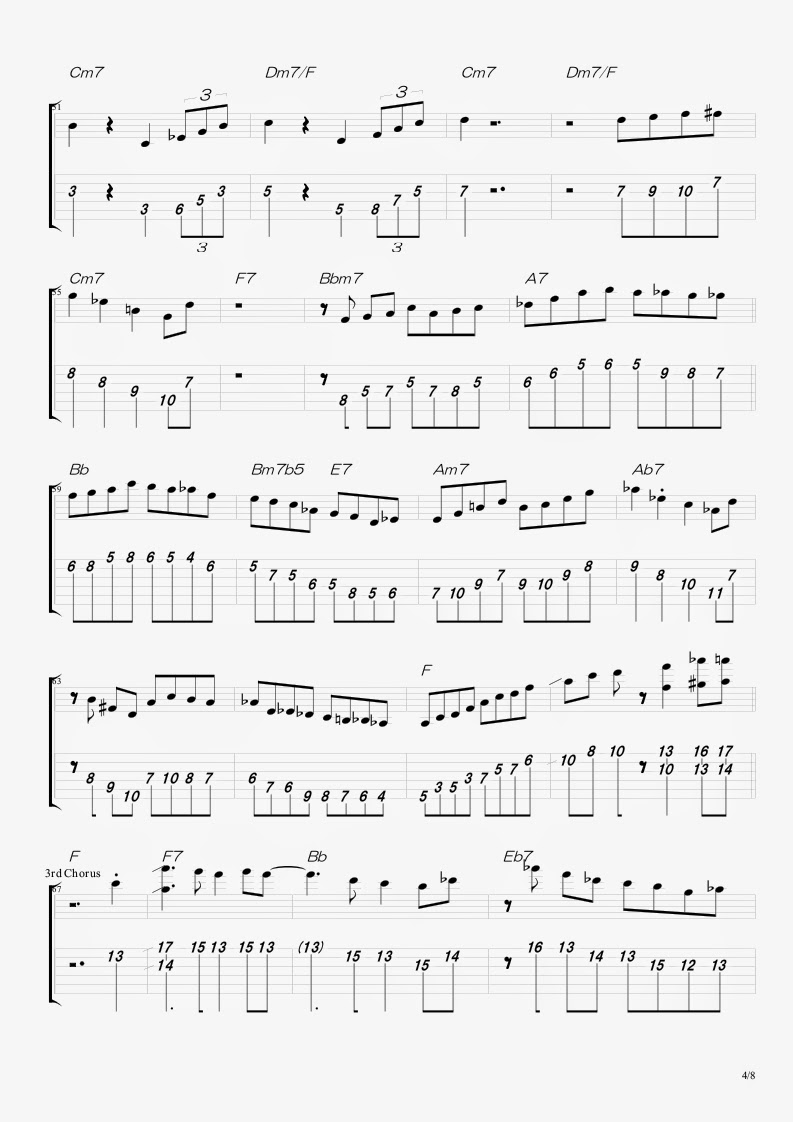 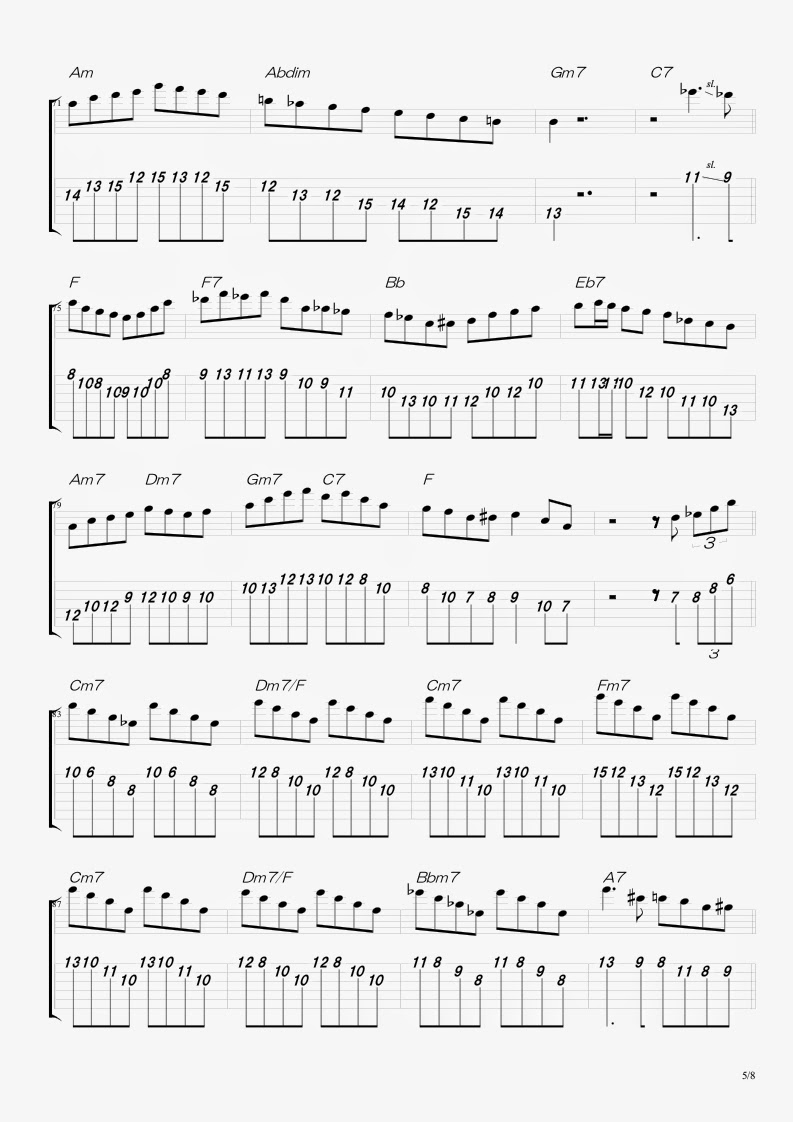 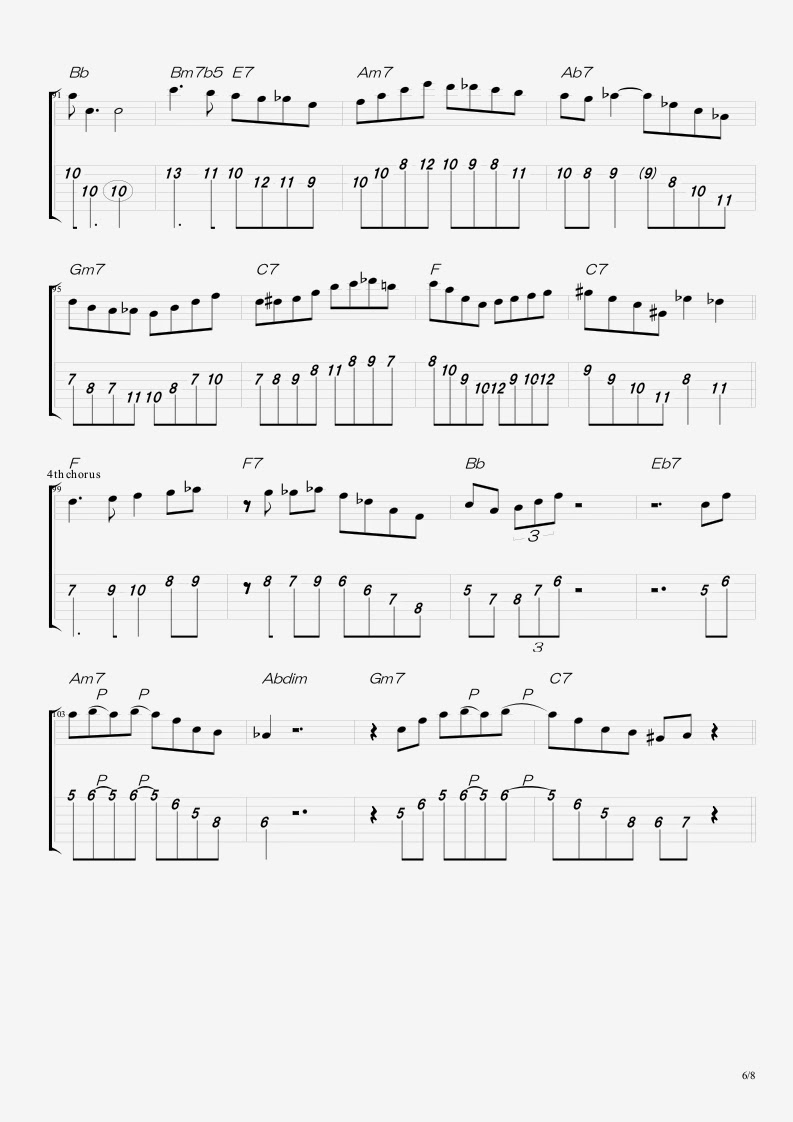 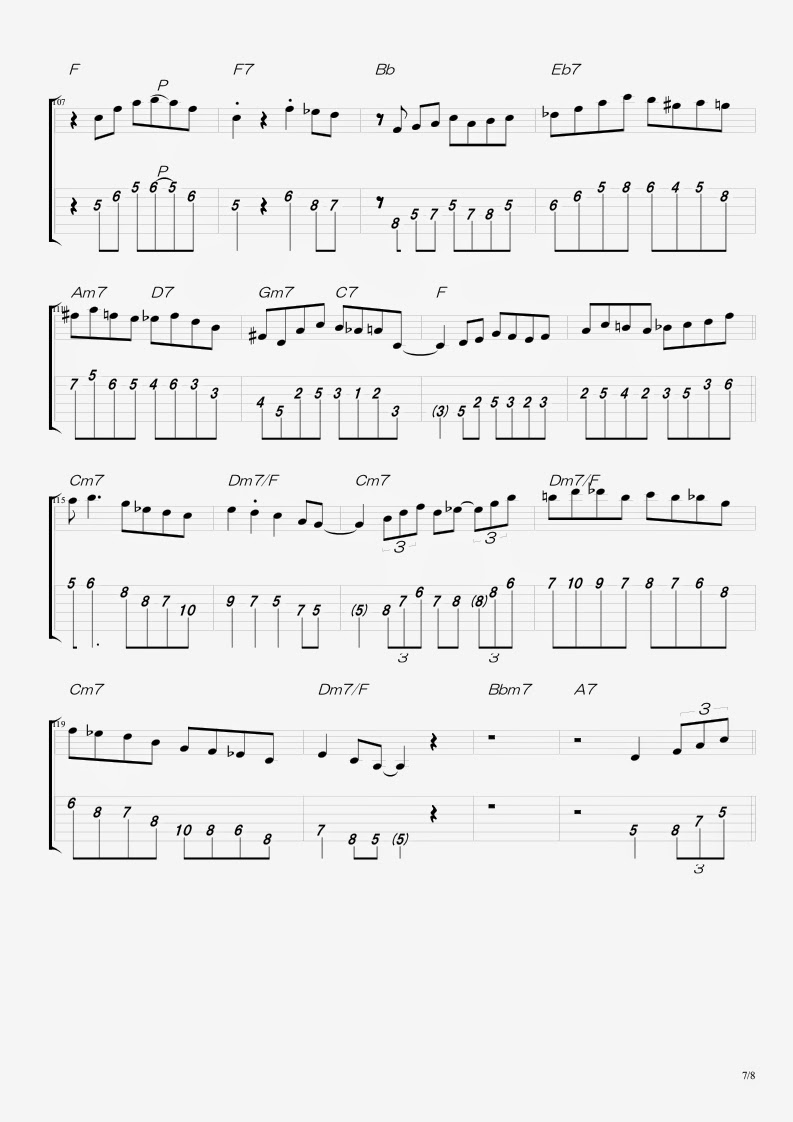 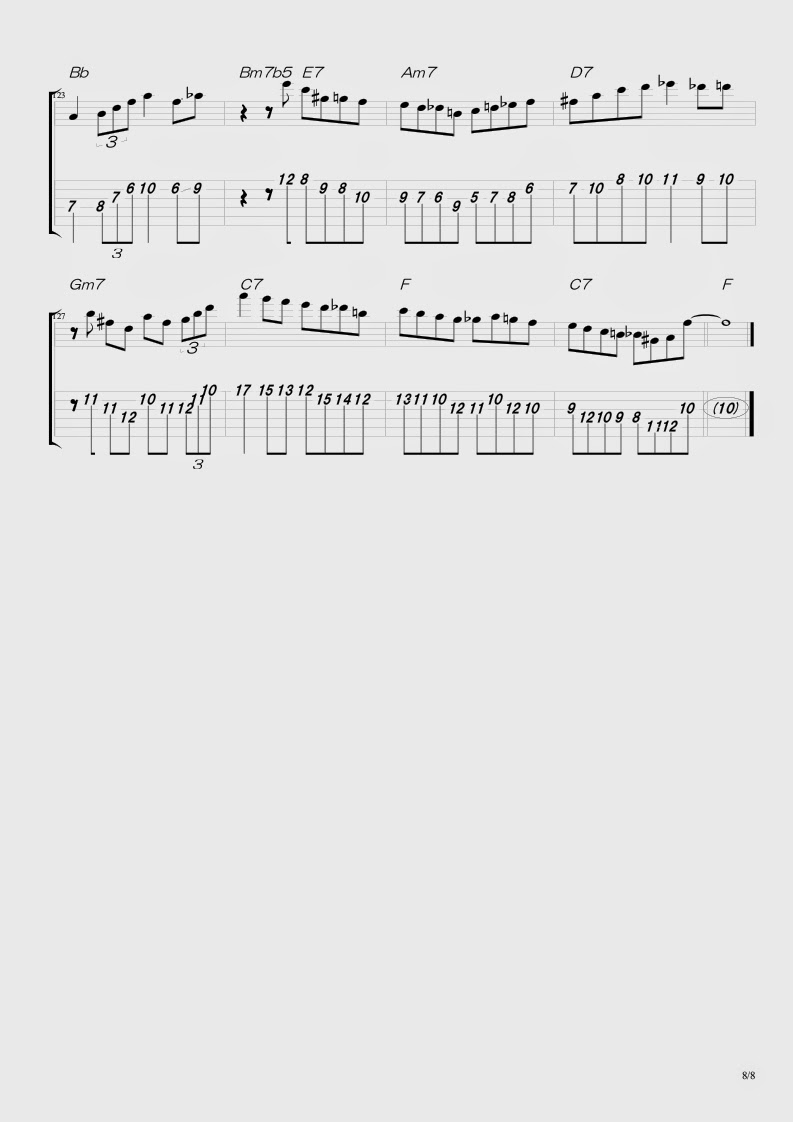