How to record a video

I have been recording videos since the mid 2000s, so for about 10 years. These days guitar vids are very common but I remember I was one of the first guys doing so at the time.

I get questions about my recording set-up so regularly that I think it is a good idea to explain how it works here. This how I do it. There are other ways too of course. First take a look at the picture below. You can see the entire sound chain there.


The main components of the sound chain are:
The Behringer mixer has a USB interface that I connect directly to my laptop. It also has a compressor, an effect prossecor and 4 mic preamps on board. 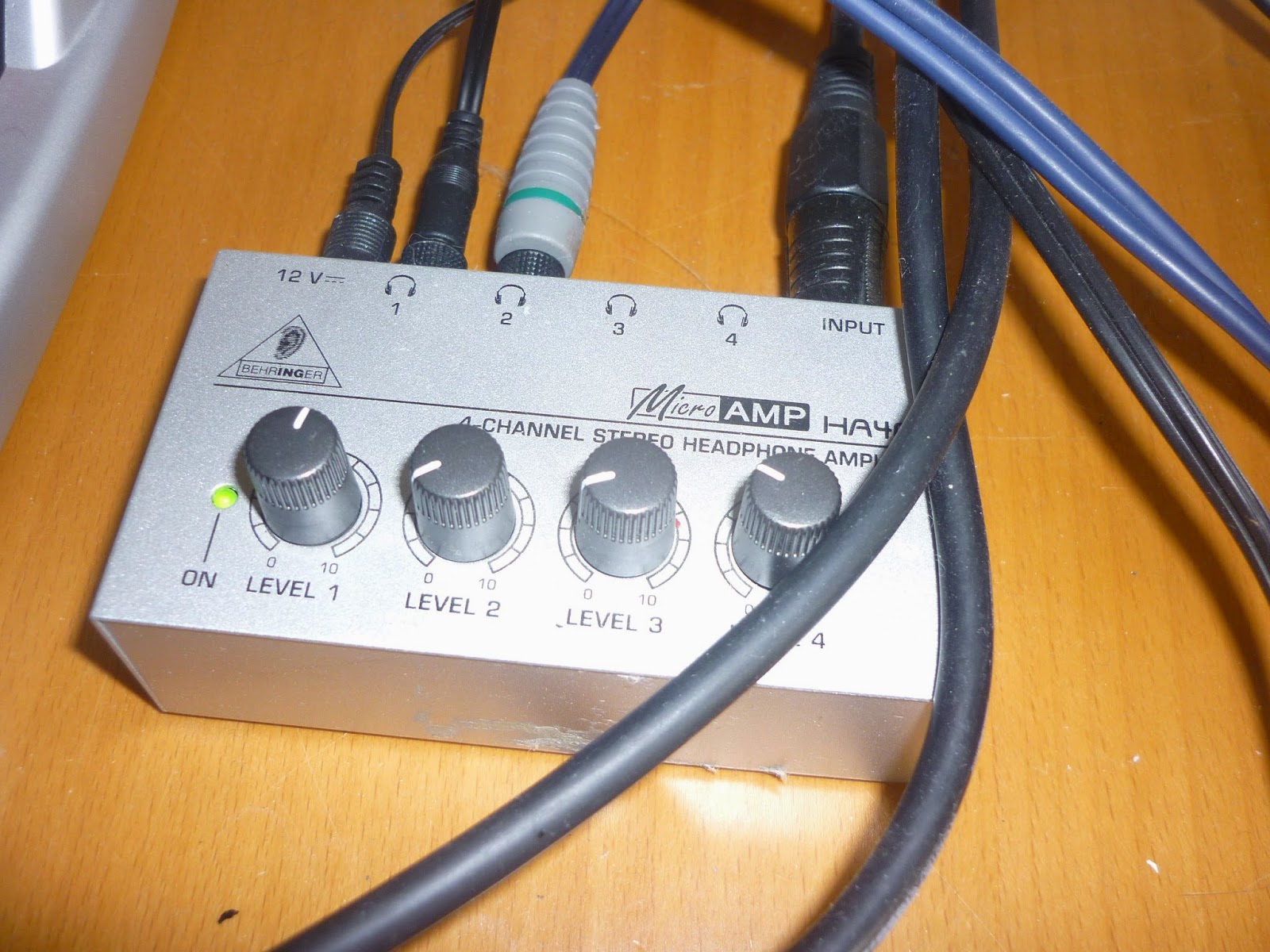 You probably wonder why the signal does not go directly from the Behringer mixer into the camcorder's stereo input jack. Well, that's simple. The audio signal coming out from the Behringer is way too hot for the camcorder. To make a recording, I would have to adjust the playback levels to such a low volume that I would not be able to hear myself and the backing track through my headphones. On the left you can see that the mixed signal from the Behringer mixer (first pot left is guitar and backing track) is way higher than the signal that goes to the Camcorder (2nd pot left). which is almost completely closed. This way I can still hear myself playing and the music and still make sure the signal is not too hot for the camcorder. A normal output signal from the mixer directly would result in a lot of distortion. I do not use the other 2 channels). There are probably other ways to solve this problem but this one was cheap and it works well enough. The left cable is the power cable and the right one is the stereo input coming from the Beheringer mixer.

I do not always record the guitar through the POD. I can use a microphone too to pick up the sound from my amp or from an acoustic guitar. Or I just play a chord melody solo style, without a backing. Sometimes I forget about the whole studio thing and simply use the built in microphone of my Camcorder and record in my living room. 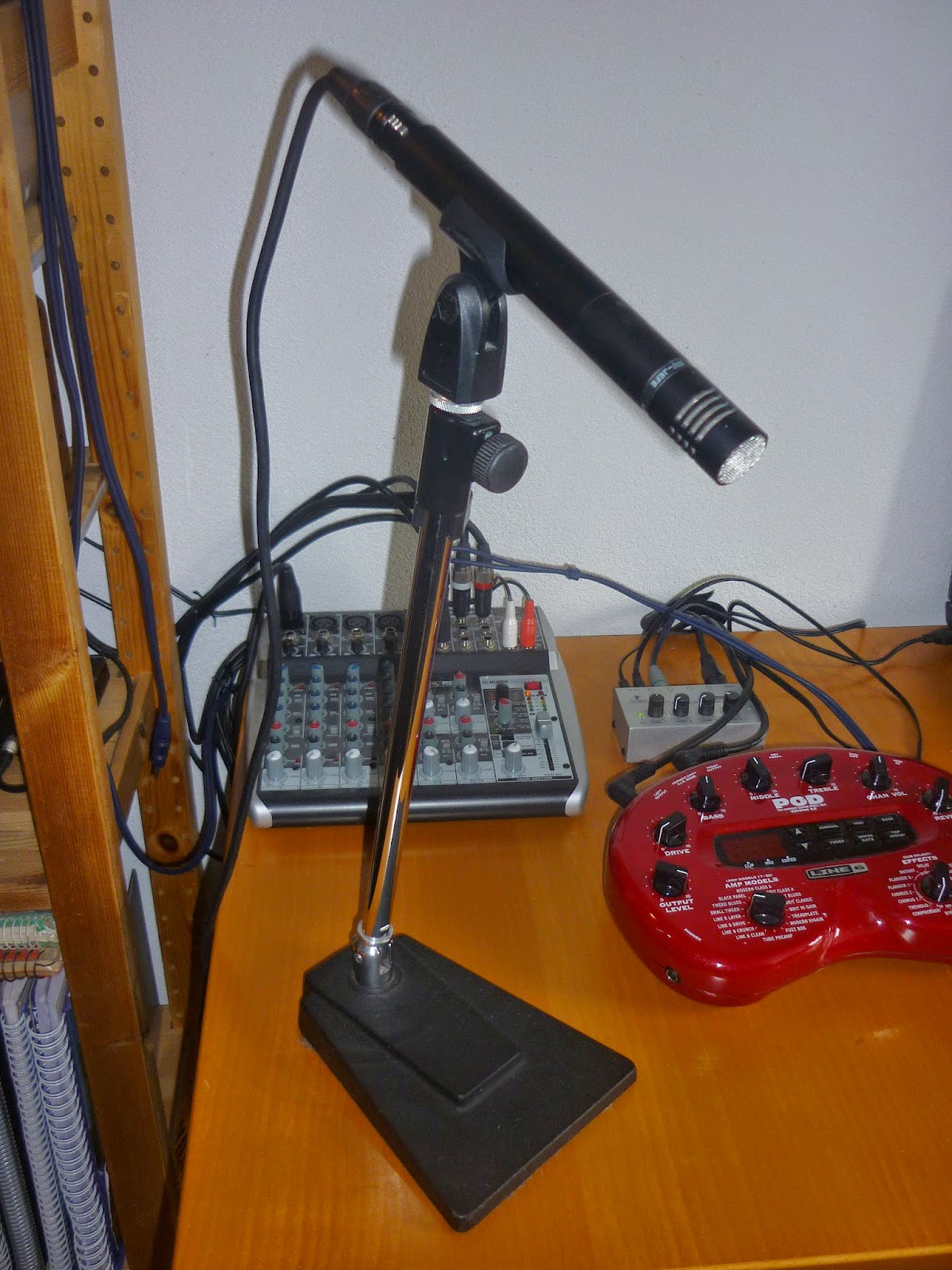 The advantage of my video studio is that it consists of pretty inexpensive hardware. The Behringer stuff is dirt cheap and works just fine. A good camcorder can be had for under 200 bucks.

Of course you need software too to edit and process the videos after recording. I use Cyberlink Powerdirector for that but Windows Moviemaker works fine too. I am not going into video editing here.

One thing though. Before you start rolling out videos make sure you have done the work on the guitar. There are simply too many guys publishing videos that had better first work on their playing some more. And don´t fool yourself, you can have a thousand `you sound great` replies to your videos and still suck big time. Many people simply do not hear much difference between good and bad jazz playing and those that do usually remain silent. 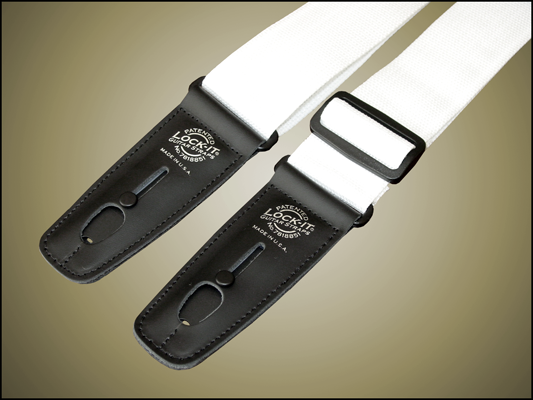 Some accessories make playing guitar just a bit more comfortable. Here's something that I did not know I missed until ... it was there.

Like everybody else, I do not want my beloved guitars to slip out of their straps and follow the destructive law of gravity. Yikes! I have never been enthusiastic about the existing Schaller type strap lock systems on offer. You know, the ones that require you to change the screws and buttons and drill bigger holes in your guitar and then apply all kinds of fugly metallic add-ons that rattle. I hate making alterations to my guitars in the first place. Until now I just used the good old Grolsch strap lock system I wrote about earlier in my Blog.

However, that is no longer necessary. As Jennifer Batten put it:


It's finally been invented! - a sleek, stealthy strap-locking system that's built into the strap itself. Brilliant!" 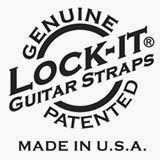 The answer is so simple yet brilliant indeed. Just put a locking mechanism in the strap itself! Lock-It Straps did it. You can get one starting from about 20 bucks and mine works like a charm on the smaller and medium sized strap buttons that are on my guitars. On larger buttons it does not run that smoothly but they will fit too. This how it works:

I found this video below on Lock-It Guitar Straps Youtube. By the way, Planet Waves has an even cheaper locking strap with a slightly different mechanism but I do not know about their quality. Anyway, these straps are highly recommended!

Posted by Dutchbopper at 6:56 AM 2 comments:

I have written about the Hal Leonard Jazz play along series earlier here and in that entry I posted a video of me playing 7 bop heads unisono with sax. Recently, I have gotten a few questions about which Hal Leonard playalongs I would recommend. So let's go into that now.

What I really like about the Hal Leonards is the fact that they offer two versions of every tune. One with a horn playing the head and one with the backing only. I talked about that in my earlier entry. In addition, I like the simple fact that the tracks are relatively short (just a few choruses for impro  and even less on ballads) with nice and creative intros and endings so you actually have the idea that you are playing a tune and not blowing over an endless series of changes, Also I find the comping on the Hal Leonards quite musical and creative. On the whole the feel of the tunes is very nice.

So what are my favourite Hal Leonards? Well, the list is pretty subjective of course but here is my personal top 5.

There are many more of course, depending on who your favourite artist or composer is. Just check out Hal Leonard's website. For every volume there is a track listing.

Here are a few vids I recorded using Hal Leonards. This one (All the Things You Are) is from Volume 75: "Paul Desmond." It was recorded lofi in my living room. The other ones sound better because they were recorded in my home studio. In the vids below, I only used the full play along take, so not the ones with the horn playing the heads.

"There Will Be Another You" is from Volume 7 "Essential Jazz Classics."

And this one (Four) is from Volume 2 "Miles Davis":

Posted by Dutchbopper at 1:04 PM 2 comments: