Bobby Montoya, the story of a local legend 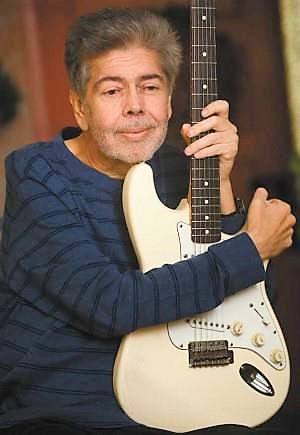 When I was surfing Youtube a few days ago, I literally stumbled upon a very classic sounding guitarist whose playing was so strong that I was kind of amazed that I had never heard of him. Granted, finding a new jazz guitar kid that sounds really good on Youtube is not that rare an occasion but in this case it happened to be a local player that had died 6 years ago. His name was Bobby Montoya. So I did some research to find out who he was and it was a bit of a sad story and one of missed opportunities ... These are more or less his own words. But what a player he was! There are a number of obscure live recordings that showcase his impressive chops. I have selected "Wave" and "There Will Never Be Another You" but for those interested, there's more on Youtube ... Let's start off with "Wave."

Bobby Montoya was born on March 1st 1954. At 8 years old he was given a guitar by his father. His father taught him chords and how to play "twinkle twinkle little star." Before long he surpassed his father.  He studied under jazz great Johnny Smith, who retired to Colorado Springs.  As a kid, he played alongside veteran musicians and at 14, Montoya won the Benny Goodman award for the best young jazz guitarist in the country, beating musicians much older and more experienced. After winning the Benny Goodman award, the world should have opened up for him. But Montoya, for reasons he can’t explain, never stepped through the doors.

He lived on and off in Denver but always found his way back to Pueblo. There he was a regular in the nightclub scene throughout the 1980s and 1990s. In 1996, Montoya was quoted in a local newspaper article, saying he didn’t want to be in Pueblo anymore twenty years later. However, fifteen years later, he was still there, resigned to the fact that his best chances for greater fame had slipped away.


Montoya was diagnosed with diabetes in 1988 but he disregarded his doctor’s orders for treatment and medication and a nightlife of touring and playing took its toll. The medication often went ignored. In a last interview he stated:

“I would like to tell people to go after your dreams. You may find yourself older and you haven’t done what you wanted to do and, in my case, I just don’t have the health to do it.”

Bobby Montoya died january 17 2013 from the effects of diabetes, aged 58, finding great comfort in his religion.