The Mystery of Wes' Blonde L5 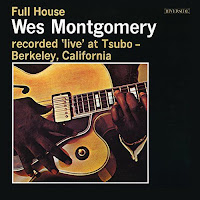 We all know the sunburst "Heart" L5 that Wes used throughout his career. You see that guitar on many pics and in many vids. It's the one you hear on a substantial part of his recorded output and it's the guitar that Wes is mostly associated with. But how about that blonde L5 that is featured on the cover of Wes' classic album "Full House?" And on the cover of "Wes and Friends?" There's actually several photo's of him holding or playing a blonde L5 CES.

Last year an internet acquiantance I have known for a few years told me he had purchased a severely damaged 1960 blonde L5 CES that had a connection with Wes. He was going to have it restored by a luthier and I kind of forgot about it afterwards. A month ago I noticed he had a winered 2007 L5 for sale and I decided to check that one out. Meanwhile the blonde 1960 L5 had been completely restored so he told me. Of course a visit was highly interesting now. I immediately saw an opportunity to write a Blog post on the blonde L5 that Wes might have played! Was it the one featured on the cover of "Full House?" Off to his place!

Considering the damage it had suffered, the guitar proved to be in really great shape now. And it played like a dream. It was of a much lighter build than the winered 2007 L5 and the neck was the most comfortable profile I have ever played on an L5. What a guitar ... The downside was that after playing the 1960 L5 I lost all interest in the 2007, for which I had come originally. The 1960 L5 was almost a different guitar. Lighter, more responsive and with a superior feel overall. 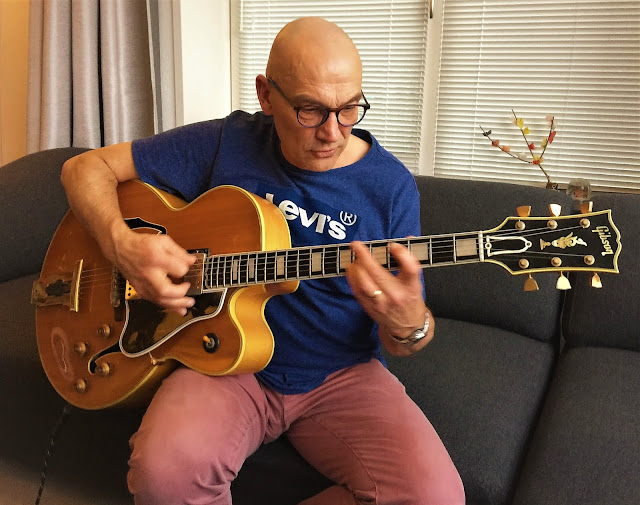 We  discussed the guitar and the owner showed me a picture of the cover of "Wes and Friends" and it was obvious that the pattern on the pickguard of the guitar Wes is holding was identical to the pickguard on the guitar that was lying on his couch. See for yourself: 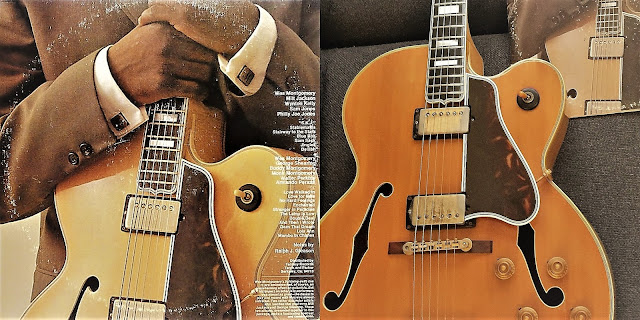 There is very little doubt that in my mind that this was indeed the guitar Wes is holding on that album cover. Pfff .... exciting stuff. I played the guitar of course and the owner took some shots and videos with my iPhone. Not super quality but you get an idea.

So did Wes own this guitar? Did he play it? Record with it? We don't really know. The only thing we know is that this blonde L5 was featured on at least one album cover with Wes holding it. Maybe the guitar was only used for publicity shots, as some have stated. It's all just guess work. If you know something, let us know!


Here's another short clip with the guitar. Since this clip was shot with an iPhone too, sound quality is so so and not really representative of what the guitar sounds like.

Email ThisBlogThis!Share to TwitterShare to FacebookShare to Pinterest
Labels: The Mystery of Wes' blonde L5